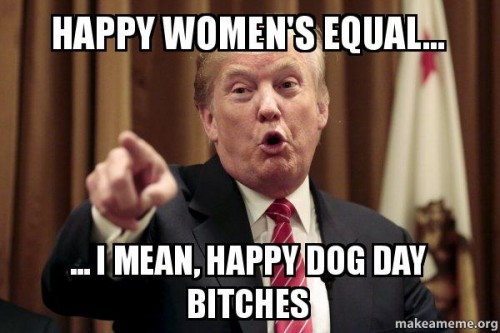 Women have their own locker rooms. Especially since Title IX, of course we did have to demonstrate and work like Alaskan sled dogs for the opportunity to gain and semi-safely use them.

I’m sure that on occasion, a comment about an über-gropey guy or the attentions of an arrogant male professional athlete have arisen in a slow or emotionally heavy ladies’  locker room moment. But nothing could compare to the #NotOkay call-and-response that followed Trump’s heinous self-exposure in a tsunami of raw pain and pure, desperate need for change.

The backlash of Donald Trump’s Access Hollywood revelations opened more than political election jars of slimy worms. It was an opportunity for the core emotion and cultural fault-line of #YesAllWomen to once again sweep social media and any media outlets with consciences or ladies in charge. 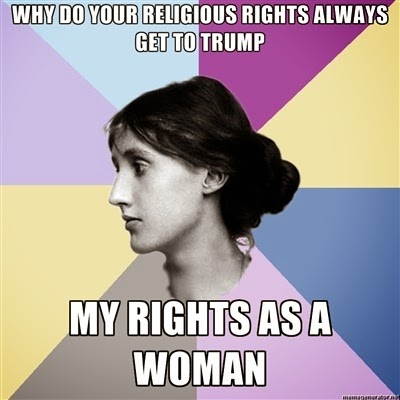 The Twitter hashtag may have morphed into a newer one to capture this precise kind of  historical, entitled American misogynistic gender injustice/separation, and the pathetic double standard in identification and treatment.

It certainly proved many a theory that Trump and Bush’s hideous judgment and comfortably sexist demeanors are still endemic and largely accepted in 2016.

It seems the bulk of Trump deserters cite their wives and daughters or religious “distaste” for their ultimate break with and disembarkments from the S.S. Donald.

Translation? Some daughters, wives, grandma’s and aunties took their deep, deserved wrath and protectiveness to a new level, and demanded the politicking pause and receipt of immediate punitive public action.

Donald Deserter Sen. John McCain alone looked like two daughters and Cindy had tied him to a chair and told him just why he would be writing in his good friend Lindsey Graham’s name on the 2016 ballot rather than even considering a vote for the porcine Trump. It was one of the few smiles we’ve found reason for since last Friday, right?

Already emotionally worked up about this sexist asshattery, it was gratifying to see The New York Times Jonathan Mahler praise author/social media’s Kelly Oxford for encouraging women to join the pain-filled ranks Friday night and Tweet her ‘your first assaults’,  marked with the judgment #NotOkay .

On Facebook, where the “first assault” stories were also pouring onto timelines, Jill Gallenstein of Los Angeles got a NYT mention for her brilliant summation of the outpourings of our collective sexual assaults. It is simple, and as true as truth gets. Said Ms. Gallenstein:

This is RAPE CULTURE — the cultural conditioning of men and boys to feel entitled to treat women as objects.

A recent CBS video of author Kelly Oxford’s opinion of the Trump-driven catharsis was eye opening, have a gander.

Some of the searingly powerful if short messages about the most damaging events of our personal histories are linked or below – including some from men/boys who are also under attack from The Old Boys Club that still runs roughshod over our national morality.

Click here to see more heart-wrenching and infuriating #NotOkay Tweets that began a-washing social media following Ms. Oxford’s urge to try to turn the horrifying night into a cathartic opportunity for many women (and men/boys) abused by our still-growing rape culture. 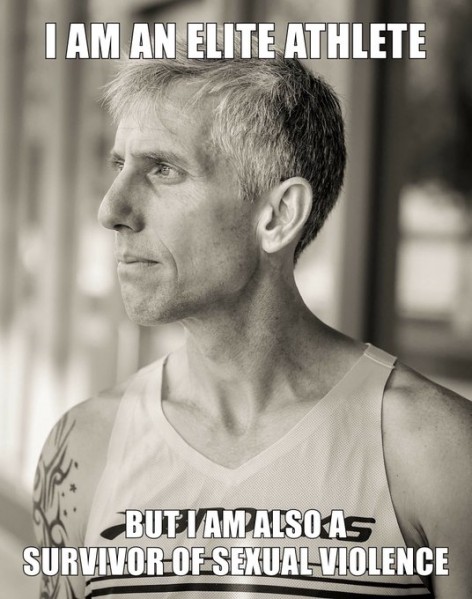 Sasha Stone, an entertainment journalist, told of being forced to perform oral sex on a man “after he offered me a ride home and then threatened me. I was 14.”

Wendy Luxenburg, 45, a hospital administrator in Chicago, recalled being in a Florida department store with her mother: “She was an aisle away. Man walks by me, rubbed my crotch. I was 11.”

And the actress Amber Tamblyn wrote on Instagram of being accosted at a nightclub by an ex-boyfriend who grabbed her by the hair and, with his other hand, lifted her by her vagina, bruising her badly, and “carried me, like something he owned, like a piece of trash, out of the club.”

Many of the deeply personal posts spoke of the toxic male world we all just live in. Try to survive despite of. Are forced to carry inside 24/7, and need overcoming more times than most of us who have been victims of abuse will admit ~ even to ourselves. The article continued with a smashing overview:

“I’ve never really thought about these moments cumulatively before,” Julie Oppenheimer of Chicago wrote on Facebook, after listing a few episodes of her own, including being kissed on the mouth by the janitor at her synagogue when she was 13. “In part, because they seem so ‘small’ compared to what many have experienced — not worthy of consideration. That’s because all of us already live in Trump’s world, where these behaviors are commonplace.”

It is a lifetime sentence ~ not ‘harmless locker room banter’. 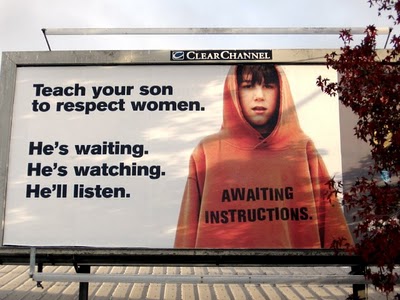