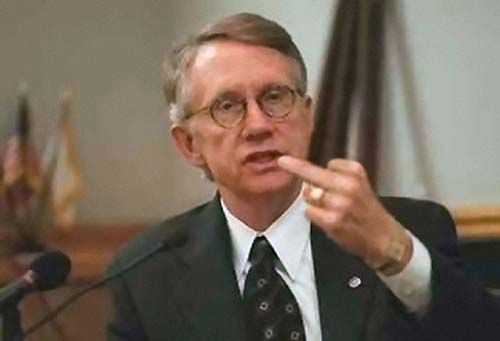 If you weren’t watching c-span this morning, you missed a mixed bag of history.

First, the Senate showed that 100 mostly white men have no business deciding the fate of millions of young people in this country.  With the help of so-called Democrats Ben Nelson of Nebraska, Senators John Tester and Max Baucus of Wyoming, and Mark Pryor of Arkansas (and the chickenshit absence of WV’s Joe Manchin), the DREAM Act was killed with a cloture vote of 55-41.

According to FDL’s David Dayen on twitter, Republicans Murkowski, Bennet and Lugar all voted AYE.  So, if Harry Reid had done his job as Majority Leader and kept his caucus together, we might have seen a different outcome.

Unfortunately, the Dream is dead for millions of young people who now face the risk of being deported to countries they don’t know and, in many cases, don’t even speak the language.

There was some good news to counter the bad news today.  It’s not a done deal yet, but we witnessed a successful cloture vote this morning, allowing the repeal of DADT to come up for a final vote.

The final cloture vote was 63-33, making John McCain’s head explode.  (Not really, but I would have loved to see that!)

Now it’s just a case of the actual vote to repeal Don’t Ask Don’t Tell, which only needs 51 votes to pass.  That should happen later today or tomorrow.

By the way, it looks like Senators Manchin, Bunning, Gregg, and Hatch all did not vote on either issue.  A sitting senator should be required to cast their vote on every vote brought to the floor. Do your fucking jobs and take a stand.

One thing this whole charade underscores is the need for real filibuster reform.  According to the Constitution, majority rules in the Senate.  This nonsense that the Republicans have foisted upon us for the past two years of needed 60 votes to invoke cloture on every single bill is political games, and must be changed.

We’ll certainly talk about that when I guest host the Randi Rhodes Show for the next two weeks, beginning Monday…