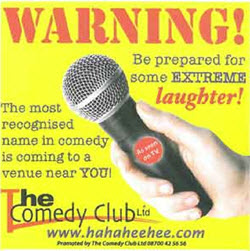 TRUMP also brought in ROGER AILES, the disgraced former head of Fox News as an adviser. ROGER did the one thing a boss should never do. It even says so in the Bible. — “Thou shalt not show thy rod to thy staff.”

Everyone is waiting for the upcoming debates. To keep things honest, HILLARY is expected to have “fact checkers” standing by. But I predict they won’t have much to do. TRUMP always manages to NOT say anything factual.

The big weekend movie is about two brothers, one a wealthy aristocrat, BEN-HUR, the other a tough Roman general, BEN-HIM. After a grueling chariot race the two fall into each other’s arms and the whole thing becomes BEN GAY.

Pollution in Rio is a big problem. The Olympic village gave away thousands of condoms — for the athletes to wear over their heads for the ocean and lake swimming events.

It’s the second week of the Olympics and the streets of Rio are teeming with tourists. This inspired CRENSHAW MELON, the esteemed poet laureate of Fenderlob, New Jersey to give his impression of the Olympic crowds.

“If she bumps into you on the street,

and rubs against you, as though in heat,

If you feel her flame just like a rocket,

she’s not in love, she’s picking your pocket.”

After watching the Olympics on television all week, forget about names like PHELPS, LEDECKY and BOLT. These are the winners that really count for NBC: Nike, Coca Cola, Apple and GE.

GOV. CHRIS CHRISTIE has gotten into the helping spirit. To keep flood waters from rising, the Governor is going to Baton Rogue to act as a levee.

Even before the flood waters are receding and things are not fully cleaned up, some restaurants are already serving. I don’t know if this is such a good idea. In one restaurant a diner was overheard asking the waiter, “What wine goes with slop?”

UBER announced a partnership with Volvo to develop a “driverless car.” I thought we already had that in California –it’s called, LINDSAY LOHAN.

I guess the summer is almost over. Last week there was a big “Back-To-School” sale at “Condoms R Us.”