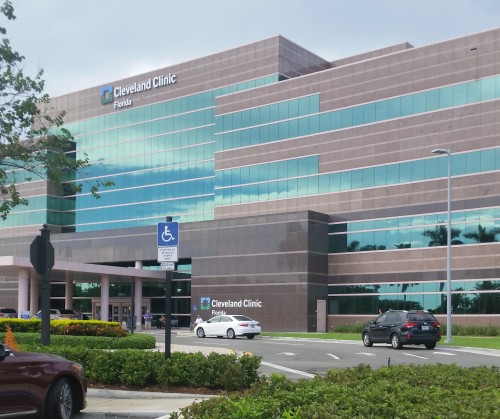 Yes, we have a Cleveland Clinic in South Florida. It’s actually in Weston, just about a 15-minute drive from my home, making it the most convenient of the three hospitals I’ve narrowed my choices to.

The surgeon we met with there, Dr. Edward Savage, is certainly a rock star, with the Columbia-Yale-Harvard-Penn and more credentials to prove it.

I didn’t like the idea that he came up with his own (according to him, time-saving) technique because another department kept hogging the high tech robotic system, and was a bit put-0ff by his cockiness.

And although Cleveland Clinic has a stellar reputation, and the building is certainly the prettiest with the nicest accommodations of the three we saw. every time I’ve been there, I’ve had to suffer obscenely long wait times, and always left there muttering “never again.”