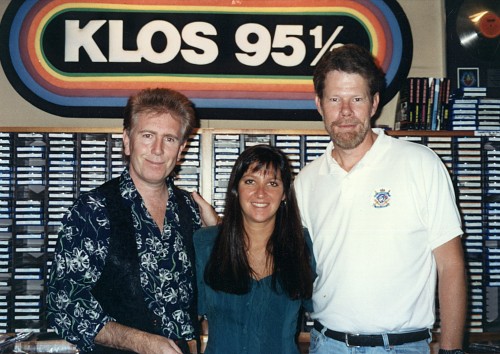 I hadn’t planned on today’s show going as it did. My guest fell through at the last minute, so I was just going to take calls. But as we’re at holiday time, people are already going away, shopping and generally not as plugged in to radio as they might be at other times of the year, so I didn’t want to rely on only calls.

Just before showtime, my friend and respected journalist Gaius Publius sent an email blast with his latest – a great piece posted at Down With Tyranny titled “Life in Trump Country — “I make $2.34 an hour in coal country. I want a living wage.” So, I shot him a quick email asking if he’d be available to join in at the top of the show. I was thinking we’d have a great conversation, as we usually do, which would spur some phone calls.

But I knew I wanted to say a few words about Bob Coburn at the start of the show. I meant to mention him on Tuesday (I don’t do a Monday show), but completely spaced out while talking with Laffy. Then, I thought I’d do it yesterday and, again, the minute I hit “What’s News?” I realized I forgot again.

So today, I started the show by telling you the very sad news that Bob Coburn, one of the longest-running rock jocks in LA and host of the syndicated program Rockline, died Saturday. From lung cancer.

Bob had worked on the air at KLOS for most of his career. I first met Bob when I joined the station in 1990 as producer of The Mark & Brian Program. Since I ran the board for their show, I’d still have some work to do in the studio after the show ended. The guys would leave as soon as the mics were turned off. I stayed to put away the carts and CDs (neither of which are used at radio stations any more) that we used during our show, and I’d have some great conversations with Bob. Nothing earth shattering. Just two people who loved music and worked in radio, usually making small talk, but occasionally conversing about something important.

Bob and I weren’t close friends, but we liked each other. He was a font of musical knowledge, as am I. I actually WON on Rock & Roll Jeopardy. But he put me to shame.

It’s difficult to hear a story like this even when you don’t know the person. It’s even more difficult when it’s someone you know, and you have lung cancer too. That’s me. And as I told the story on the air today, I lost it. I apologize for that, but I’m only human, and I feel, deeply.

KLOS put up a beautiful tribute to Bob Coburn here. As he always said, I’ll bc’ing you…

Tomorrow, I’ll take those calls I was going to take today, with a twist. Tomorrow is Festivus, a holiday for the rest of us. We’ll have our annual “Airing of the grievances,” so come prepared. And more radio stories from the really old days too….