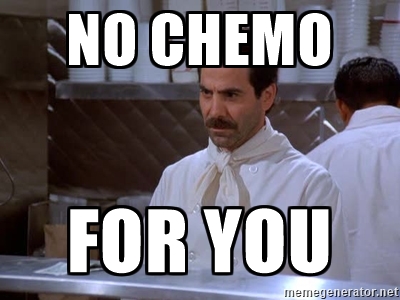 It comes from nowhere, like the proverbial thief in the night sneaking up silently behind you to steal your life. Perhaps a better analogy is an earthquake, but only if you were trapped in the rubble, unable to climb out. It hits unexpectedly and leaves you to figure out how to survive. In a split second, everything changes. EVERYTHING changes the moment you’re told you have cancer.

Once the shock wears off, if you’re like me, you get to work. In my case, the barrage of tests was supplemented with an avalanche of articles about each new term that was uttered by any of the many doctors I’d seen. Finally, I was left to figure out what to do about these two tumors in my left lung and their aftermath.

Desite the support of an incredibly loving husband whose reading and research dwarfed mine, my obviously scared but very stoic 17-year old daughter, and the kind words, thoughts and prayers of friends – both in real life and of the radio and virtual sort– I’ve never felt so alone in my life.

The tumors were growing in my body, I was the one who had most of my left lung surgically removed and now must decide whether or not to subject my body to toxic chemotherapy. If the cancer didn’t kill me, the stress from the worry and the enormity of this decision, or the chemo itself probably would.

Back to the question: To Chemo or Not?

Before I could answer that, I needed more information. Last week, we went for a really good second opinion consultation with Dr. Luis Raez at Memorial Cancer Institute in Pembroke Pines, FL. His analysis of my situation was mostly in sync with what we were told by my oncologist, Dr. Raja Mudad from UM/ Sylvester. They both believe what the pathology said

As the tumors differ histologically, and the smaller lesion also has a lepidic component, they are best classified as two distinct primaries (synchronous tumors).

That almost sounds definitive, but not quite. Because it isn’t! The tumors are “best classified” that way, but the doctors can’t, and won’t say any of that with 100% certainty.

We do know for sure that this was NSCLC (Non Small Cell Lung Cancer), which accounts for about 85% of all lung cancer. The type is adenocarcinoma, the most common form. My case is not at all rare, but it is quite unusual for a few reasons:

I like and cautiously trust these two doctors, whose advice matched what we had been told all along: that if the two tumors in my left lung were separate and distinct tumors – two primary cancers – that chemo would be not necessary because we caught them early enough and were able to surgically remove them. This is the only time doctors ever use the word “CURE” regarding lung cancer.

What About Molecular Testing?

There’s one other element to all of this. The tissue was sent for molecular testing. The first three of four results came back negative two weeks ago, but we were still waiting for the results of the test for the EGFR Gene Mutation Protein Effect Prediction when I went for the second opinion consult with Dr. Raez. At that time, he mentioned to us a national study for a drug that directly deals with that mutation. He said that if the test came back positive, we could return to the Memorial Cancer Institute, and he’d put me on the pill. Seemed simple enough. Or not.

It turns out that my very common cancer would make me a good candidate for this study. But because I had two of them, I’m ineligible for any clinical trials. Period. It seems the drug companies who fund the trials only want the most common, ordinary cancer scenarios, and I’m just too damned unusual.

So here we are. Tuesday marks five weeks since my surgery, just a week shy of three months since that fateful Thursday afternoon in early July when I thought I was having a heart attack – an event that led to the chest x-ray that very clearly showed a mass on my left lung. 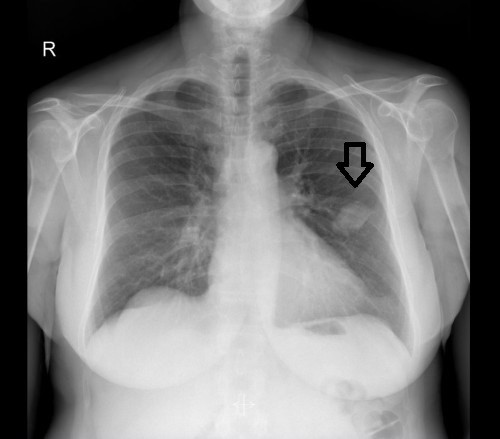 I’ve long battled depression – something I’ve spoken openly about on my show, as I am doing with cancer, because I believe we’re stronger together (sorry about that), and that these diseases often make us feel so alone. I want to share all I’ve learned and experienced as a way to help others who also riding on this nightmarish roller coaster of life.

Where does this leave us?

I asked the doctor about the correct terminology. I didn’t think I was in remission –and he told me that I’m not. That’s a term usually reserved for those who’ve fought the disease via chemo, radiation and/or other modes of treatment and whose scans and tests don’t find any signs of the cancer still present.

“But obviously you can’t say that I’m cured,” I countered. “No,” he answered. “You are cancer-free,” he told me.

I have decided that I will not have chemo. That was the advice I received from the two oncologists (in as noncommittal ways as possible). What follows is a future where I’ll be watched very closely.

I’ll be scanned every three months for at least the next two years. Then, perhaps, every six months. We’ll also keep a close eye on the spot on my right lung (now very, very tiny), and I have another MRI scheduled to check in on the thing on my brain (that every doctor I’ve seen believes is a benign meningioma).

If the constant monitoring for five years shows no signs of a recurrence, then they’ll actually be able to say that my lung cancer was cured by early detection followed by surgery.

If you missed this journey from the beginning, it’s detailed in my Fuck Cancer blog here.

I’ll have much more to share in the coming months, including about my experience at the hospital after surgery, how hindsight may be 20/20 but is also upsetting, and more.

On top of that, I think it’s time to start working again. We have a presidential election coming up in a month!

There’s a lot to do before I go back on the air. We’ll start slowly… I hope to bring back the “What’s News?” segments as early as Tuesday! And I hope to be back on the air as soon as next week, starting out with a one-hour show, Tuesday through Friday afternoons from 3-4pm ET/noon-2pm PT on the Progressive Voices Network and here on our listen live page at nicolesandler.com and take it from there.

You’ll have to tell me what I missed! I think we have a lot to talk about.

In the meantime, you don’t have to be a smoker to get lung cancer. But if you smoke, your chances of getting it are much higher. You might be eligible for a free low-dose CT scan lung cancer screen. Please click here, get the information and get checked.