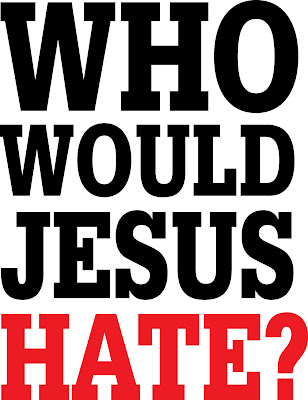 Hate is what got us here. Hate is what killed Trayvon Martin. Hate for anything doesn’t conform to certain beliefs is what’s motivating the war on women, and the war on health care.  Hate is what is responsible for wars.  If we could get rid of the hatred and encourage compassion for people who are different then we might have hope for the future.

This morning, I played this video, brought to my attention by Nicole Belle. What kind of hatred on the part of self-righteous lawmakers would make this woman, Lauren Zuniga, have to say these things?

This morning, I spoke with Blue America PAC-endorsed former and future Congressman Carol Shea-Porter. Read her articles and share them widely, participate in her live chat at Crooks and Liars tomorrow (2pm ET, 11am PT) and contribute to her campaign, if you can!

The Supreme Court began hearing arguments today about the Affordable Care Act.  I spoke with David Lyle, Director & Senior Counsel of Courts Matter, Media Matters for America about what to expect over the next three days.

Randi Rhodes has a great explanation here about what’s being argued.

In the second hour, as we do every Monday, I chatted with Nicole Belle of Crooks and Liars in our “Fools on the Hill” segment…

There Is a truism that I don’t think ever gets paid enough attention to in DC circles: Beware of the unintended consequences. It’s one thing to say you want people to be able to defend themselves, but the unintended consequences are that we have an upsurge in senseless vigilante killings. You can wish that abortions were not legal, but that ignores that there is an unwanted baby that result from taking away that choice. A baby morelikely to be a burden on society because it is unwanted. You can say that your faith dictates that you not practice birth control, but to take away contraceptives may mean women actually losing their lives due to gynecological health issues.

Unfortunately, the media rarely if ever brings up these unintended consequences. They apparently do not think it’s their job to bring this up to a politician eager to foist his/her values upon their constituents.

For example, Paul Ryan gets to tout his unworkable budget with its unrealistic numbers that will add to the deficit he claims to want to fix. And instead of pointing this out, Chris Wallace really wants to know if Ryan would consider the VP slot.

Perhaps a positive unintended consequences (at least for those of us on the other side of the aisle) is that every time the media gives Michele Bachmann a platform, she reminds people that Romney designed the ACA mandate.

George Will tells the This Week panel that there’s no politics involved with the Supreme Court’s hearing on the constitutionality of the ACA. Yeah, right. Tell that to Clarence Thomas who claims his wife’s work to defeat the health care law doesn’t constitute a conflict, despite how it’s enriched his bank account.

And finally, this is not part of the Sunday shows, but it is powerful, deserves a larger audience and it speaks exactly to the unintended consequences of legislation. Moreover, I think it lends itself to a post that goes up right after your show ends. This is not a war just on women, although it’s our bodies that is the battleground. This is a war on all of us, because the consequences affect us all.