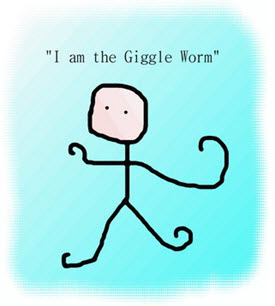 MELANIA’S convention speech was plagiarized from MICHELLE OBAMA’S 2008 speech, To which DONALD TRUMP said, “She’s a great plagiarizer. No one can plagiarize better than MELANIA. She can do it in five languages.”

TRUMP then added, “Besides, she worked on that speech for four score and seven years.”

MELANIA said she wrote the speech herself in her native Slovenian language. How did she know when it was translated into English it would come out the same and MICHELLE’S?

But at least MELANIA did one thing right. She wore an all-white dress in honor of the audience out there in the building listening to her.

Wednesday night MIKE PENCE made his speech accepting his nomination for Vice President. I really like TRUMP and PENCE’S chemistry. You can tell these guys have been friends since all the way back to Monday night.

It was a good night for BEN CARSON. He not only made a speech, but he just signed a deal to be the new face of Tylenol PM.

IVANKA TRUMP introduced her father Thursday night saying he is both color blind and gender neutral, which means TRUMP cannot use the bathroom anywhere.

TRUMP closed the convention with what you might call a plagiarized speech of his own. His rants and raves in Cleveland in 2016 were lifted straight out of a Nuremberg Rally in 1934. I guess with his German background TRUMP thinks he’s entitled to use it.

BERNIE SANDERS is scheduled to speak on the first night of this week’s Democratic National Convention. Leave it to 74 year-old BERNIE to grab the “Early Bird Special.”

Rocker MICK JAGGER is celebrating his 72nd birthday, but instead of having a lavish bash MICK invited a group of his peers to a small party at his home. We know it was his peers, there were 24 people there and only 7 good prostates.

MICK won’t be out touring later this year, he’ll be home changing diapers, He’s awaiting the arrival of his 8th child. Being a papa again at age 72, between the “Pampers” and the “Depends” he’ll be pretty busy.

Good friend and band mate KEITH RICHARDS was asked to give a toast, but he had to decline. He wrote it on some Zig-Zag papers and he had already smoked it.

OLYMPIC PREVIEW: The Chinese Olympic Track team says, the secret to their success in Rio next month will be that they will abstain from sex during the games. The American team, it seems, is also trying the “no-sex” method. They’re BRINGING their wives.