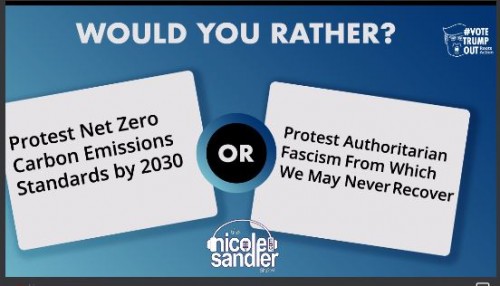 One of the progressive movement’s stalwart elder statesmen is Norman Solomon. He’s a journalist, activist, author, media critic and former Congressional candidate. He is a true progressive and has been walking the talk for decades. As co-founder of RootsAction.org, he launched a new campaign last week aimed at progressives who are not happy about having to vote for Joe Biden, called “Vote Trump Out“… Norman Solomon joins the show today to make the case to my progressive brothers and sisters for voting for Biden/Harris in swing states to get rid of Trump… and then turning our attention to pushing the new administration from the left.

Today’s funny is a new one from Miss Laurie Lehner