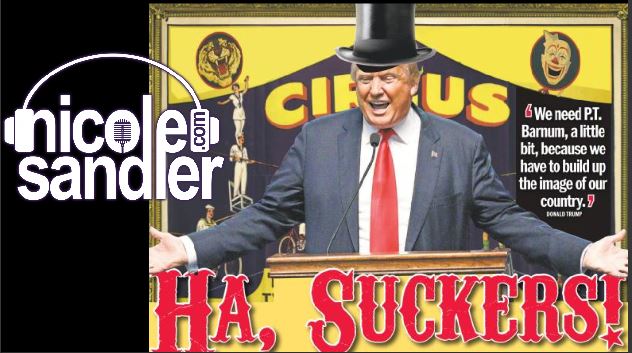 As the GOP circus gets underway in Cleveland and the world at large continues its descent into insanity, I’ve been dealing with my own personal hell.

After a heart attack scare last Thursday, I’ve been on a roller coaster ride – and I HATE roller coasters. The heart scare, which turned out not to be a heart attack at all, was perhaps a blessing in disguise. The x-ray that was to see if my heart was swollen or enlarged instead showed a mass on my left lung.

The pulmonologist wanted a PET-CT scan done, but United Healthcare had other ideas. They said no, but we learned that if your doctor asks three times, they’ll approve it. However, their approval came this morning, while I was on my way to get the already-approved CAT scan, and I was ready to find out that the mass was really nothing but a left over infection from the bronchitis I had a few weeks ago.

Sadly, that’s not the case.  I picked up the disc with the images on it and made my way up to the studio, and put the disc in the computer. As I was trying to figure out what I was looking at, the phone rang. It was the pulmonologist who had just gotten the results. He told me it is a tumor, and that he wanted to schedule a biopsy as soon as possible. So, Wednesday morning it is. Until then, I wait.

To keep my mind occupied, I asked Richard “RJ” Eskow to join me on today’s show. In addition to writing for OurFuture.org and Huffington Post, RJ hosts his own podcast, The Zero Hour, and spent the past year or so working for Bernie Sanders as a writer.  We talked about the disconnect between the people who say they support Bernie Sanders and what he’s been trying to do for the past year – and his entire adult life – who now call him a sell-out or worse, and other hard-to-grok things like that.

In the second hour, Denis Campbell of UK Progressive magazine and the Three Muckrakers podcast checked in from his ex-pat home in Wales, UK to talk about their new Prime Minister, and the global strife over the past few weeks.

As promised, here’s the New Yorker article by Jane Mayer about the ghost writer of Trump’s Art of the Deal, “Donald Trump’s Ghost Writer Tells All.” It’s devastating…

I’ll be back tomorrow for more. See you then.