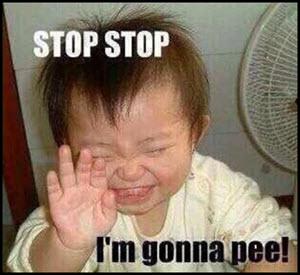 40 million viewers watched a lively debate between Vice Presidential nominees, TIM KAINE and MIKE PENCE. I don’t know exactly who won, but it’s Nobel Prize season and after the debate they were thinking of giving PENCE the Nobel Prize in medicine — For reviving the TRUMP campaign.

According to the pundits, PENCE did so well during the debate he’s thinking of dropping TRUMP from the ticket.

Now the country is getting ready to watch the second CLINTON-TRUMP debate. In order to speed things up from the last debate the moderator will order the candidates to limit themselves to three empty promises each.

The last contest was pretty polite, but don’t worry, this one promises to get tough and dirty. The candidates are even being required to wear mouth pieces and steel cups.

The format of this debate will be a town hall meeting, where the candidates are asked questions by real voters who are still undecided. After all these months they are STILL UNDECIDED? At least we learned one thing. There ARE people living on Mars and we found them.

So far TRUMP has taken two or more different sides on key policy positions like immigration, taxes or sending troops to defeat ISIS. I don’t know who we should be more worried about — the UNDECIDED VOTER or the UNDECIDED CANDIDATE.

According to the latest polls, HILLARY pulled ahead in the key states of Pennsylvania, Michigan and Nevada. However TRUMP is far ahead in the states of confusion, denial and disbelief.

The nation was shocked by a hideous, evil and foul wind that devastated our East coast this week. God I wish DONALD TRUMP would keep his mouth shut — and stop bragging about assaulting and degrading women.

HURRICANE MATTHEW hit Florida with 120 mile-an-hour winds. They were so strong Republican Governor RICK SCOTT was actually moved over to HILLARY CLINTON.

With devastating winds expected to hit the shore, as a precaution, senior citizens in Boca Raton were evacuated to urologist offices further inland.

This week we celebrate COLUMBUS’ discovery of America in 1491. Yes, it was actually 1491 not 1492, but he landed in New Jersey so QUEEN ISABELLA was able to hush it up.

If QUEEN ISABELLA knew she sold her jewels so COLUMBUS could make his historic voyage, and our entire country would celebrate with a giant mattress sale, she’d have wet her royal knickers.