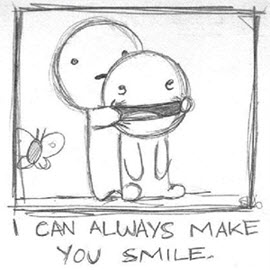 After TRUMP’S speech suggesting his followers use their 2nd amendment rights on HILLARY, (which was taken to mean “using violence”). HILLARY showed she too intends to really get tough. She just replaced her top campaign strategist with HULK HOGAN.

According to recent polls, HILLARY is leading in Ohio, Pennsylvania and North Carolina and the TRUMP campaign workers are getting nervous. TRUMP, in an effort to bolster their confidence told them “You have nothing to worry about.” It would have been more convincing if at the time he wasn’t handing out life preservers.

DONALD TRUMP met with Republican officials who during the meeting yelled at him, “Do you realize how badly you’re screwing this up?” To which TRUMP said, “The best? I’m screwing it up the best, right?”

HILLARY, it was learned, has more support in the marijuana industry than DONALD. Which means HILLARY will definitely win the vote of people — who won’t remember to vote.

The Olympics were exciting this week. There was running, jumping, diving and breast stroking. And that was in the dormitories, you should see what was going on in the pool.

The U.S. is leading China in both number of gold medals and number of total medals. In response China said, “That’s nice, but we still have all your money.”

China said if the U.S. wins it will be tough to swallow. Especially when they have to make all our “United States – We’re #1” T-shirts.

Athletes from the United States are doing very well in the Olympics. So far they’ve won more medals than any country. So congratulations to all the Olympic medal winners and future contestants on “Dancing With the Stars.”

“Two woman beach volleyball” is one of the most watched Olympic sports in the history of television, which means; coming this fall look for– Beach Volleyball: “BOUNCING with the Stars.”

It was learned that MICHAEL PHELPS has to eat 10,000 calories a day to keep up his energy. For him the most exciting event in Rio this week was the 400 meter “Street Kebab, Empanada and Pepperoni Pizza” relay.

Jamaican 100 meter sprinter, USAIN BOLT, is considered the “Fastest Man In The World.” That is if you don’t count my wedding night when I played, for romantic background music, “The Minute Waltz” — and beat it by 42.5 seconds.

A man who ordered a television from Amazon was shocked because Amazon instead sent him a rifle. Which means somewhere a hunter is trying to kill a deer by making it watch “The Bachelorette.”

A giant tortoise was on the loose in Southern California. Drivers on the 405 Freeway were shocked when they saw something moving that quickly.

INTERNATIONAL CLOWN WEEK…To call attention to the activities of those wonderful clowns who cavort, scream, jump up and down and make total fools of themselves in front of the American people – but enough about Congress.