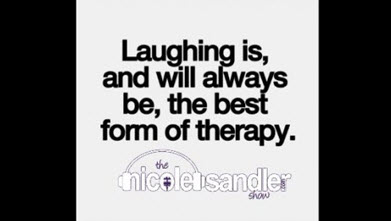 PRESIDENT TRUMP is ending the DACA program which means a lot of young Mexican and Central American immigrants may get sent back to their native countries. Many people were outraged, while MELANIA said, “Si! Si! Es muy bien.”

The announcement was formally made by Attorney General JEFF SESSIONS. The immigrants who have benefited from DACA are called “Dreamers.” SESSIONS explained that the kids will still be “Dreamers,” but in more of a “Nightmare on Elm Street” sort of way.

It seems like TRUIMP’S main agenda is to undo everything FORMER PRESIDENT OBAMA did. I hope he doesn’t bring BIN LADEN back to life.

Hurricane IRMA has been bearing down on the Florida coast. Thousands of senior retirees from Miami to Palm Beach are being evacuated to urology offices further inland.

DONALD TRUMP tweeted, “Hurricane IRMA looks like the largest ever recorded in the Atlantic.” How insecure. He even has to brag that his hurricanes are bigger than OBAMAS.

I understand it in a way. In TRUMP’S defense, it’s rare that he sees a natural disaster bigger than his administration.

What a month our nation has had. Two record breaking hurricanes, the repeal of DACA and threats of North Korean nukes. Mercedes-Benz announced it will be debuting a self-driving electric smart car. In fact, the car is so smart, when you turn it on, it drives itself straight out of the country.

Within weeks the Dodgers have lost 14 out of 15 games. Dodger owners, the “Guggenheim Baseball Group,” did what they could to help the team win. After the 10th loss they petitioned the Supreme Court to forget schools – what we need is “Prayer-in-the-dugout.”

Not only are the pitchers struggling, but the offense is horrible, scoring only 2 runs each of four games. When JUSTIN TURNER finally did get a hit, manager DAVE ROBERTS ran out on the field with a road map. So TURNER could find his way around the bases.

The games have been so frustrating, to relieve the monotony I saw a couple making out in the upper stands. It’s nice to know someone is scoring in Dodger Stadium.

PRINCE WILLIAM and KATE MIDDLETON are expecting their third child, a girl. KATE’S very excited about the baby. In fact, she said that she can already feel it waving.

KIM KARDASHIAN and KANYE WEST (our own Royal Couple) have also announced they are expecting their third baby. This time they said, “We’re going to name the baby something normal.” That’s the kid’s name. “Something Normal West.”

SERENA WILLIAMS just gave birth to a baby girl. When the doctor gave the baby to SERENA, SERENA quickly returned it. The doctor sent it back, and SERENA smashed it back to the Doc and won the point.