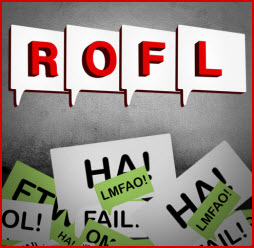 Attorney General JEFF SESSIONS testified in Congress this week as part of the Russia investigation, and it wasn’t a good sign when they asked him if he swore to tell the truth and nothing but the truth, and he said, “Truth? I don’t recall that word.”

For those of you who do not know, “don’t recall” is a Washington term meaning, “I definitely recall and I’m in big eff–ing trouble.”

After winning the NBA Championship the Golden State Warriors unanimously decided to skip the traditional visit to the White House. After hearing this, MELANIA TRUMP said, “You can do that?”

TRUMP was very understanding. “Look,” he said, “I skip going to the White House whenever I can, too.”

First lady MELANIA TRUMP has officially moved into the White House. In a related story, DONALD TRUMP just moved from the Lincoln Bedroom to the Lincoln Couch.

Unfortunately, during MELANIA’S move, someone left the gate open and SEAN SPICER ran away.

DONALD TRUMP turned 71. At the White House, they had a little party for the PRESIDENT. They played games like, “Musical Contacts with Russian Officials,” “Bobbing For FBI Directors,” and “Pin The Blame On The Press Secretary.”

MELANIA jumped out of the cake and made a run for it.

VLADIMIR PUTIN was not at the party, but he gave TRUMP his present back in November.

DENNIS RODMAN is back in North Korea. This is the former NBA player’s fourth visit with leader KIM JONG UN, who’s been clashing with DONALD TRUMP. You know you’re living in strange times when the news involves DENNIS RODMAN, the leader of North Korea, the PRESIDENT of the United States and DENNIS RODMAN is the one who’s the least nuts.

Over the weekend, the PRESIDENT crashed a wedding at his Trump International Golf Club in New Jersey. Apparently the bride said she wanted “something old, something new, something borrowed, and something orange.”

New York is in the middle of a heat wave. Temperatures are in the mid-90’s. You can tell it’s hot and sweaty, MAYOR de BLASIO asked the Statue of Liberty to put her arm down.

It was so hot in Central Park, a squirrel was seen putting “Right Guard” on his nuts.

People flocked to the park hoping to get a little breeze from the flashers — opening and closing their raincoats.

It was also scorching hot in the nation’s capital, but Congress kept cool. Every time TRUMP explains his foreign policy they get a chill.

Today is FATHER’S DAY: Since 1910, the 3rd Sunday in June has been set aside to honor dear old dad, keeper of the “Y Chromosome.” On this day we ply the old man with gifts, send him cards, buy him dinners and whatever else we can tack onto his Visa or Mastercard.