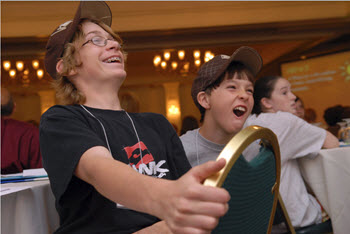 The big show on television this week was Former FBI Director, JAMES COMEY, testifying in Congress. In his opening statement he said he told Attorney General JEFF SESSIONS he did not want to be left alone in a room with DONALD TRUMP, which is why COMEY was just named an honorary “Miss Universe” contestant.

He also said he did not want any direct communication with PRESIDENT TRUMP. MELANIA said the same thing. It didn’t work out for either of them.

COMEY said that he kept memos of his meetings with TRUMP because he felt the PRESIDENT may lie about them. To which TRUMP said, “Yeah, that sounds like me. Good thinking.”

COMEY testified that he met with PRESIDENT TRUMP for dinner on February 14th and it turned out to be just the two of them. COMEY said, “it was private so TRUMP could ask him to lay off MICHAEL FLYNN. TRUMP said, “That’s a lie. It was private so we could celebrate Valentine’s Day together — I love that guy.”

It turns out Russia actually hacked the company that makes our voting machines. Which explains why anyone who pressed on “Hillary Clinton” heard a little voice say, “Nyet Clinton, try again-sky.”

“Wonder Woman” made over $100 million at the box office its opening weekend. “Wonder Woman” could have done even better if she had campaigned more in Wisconsin, Pennsylvania and Michigan.

“Wonder Woman” took in $100 million. Feminists are saying, “That means “Wonder Man” would have made $121 million for doing the same job.”

This week was Election Day in the U.K. Elections in Great Britain take only seven weeks and are quite different from what people are used to in the United States. In America we take two years to see who gets the most votes. Then we elect whoever VLADIMIR PUTIN wants.

The Brits campaign is only a mere seven weeks. They hold their elections the same way they make love; quickly and without a lot of unnecessary emotion — followed by an apology.

“Walmart” has a new service. Employees deliver items to your house on their way home from work. Not only that; they’ll also deliver the items in a “Bloomingdales” bag so your neighbors think you’re classy.

After 14 years, the CEO of “J. Crew” is stepping down. He said he’s going to take a “Gap”-year vacation. It’ll be in either a “Banana Republic” or at a San Francisco recreational area, “Land’s End.”

Happy birthday to PRESIDENT TRUMP who will be 71 years old this week. The first thing former PRESIDENT OBAMA did this morning was, he demanded to see TRUMP’S birth certificate.

MELANIA is planning a big party for DONALD with a beautiful cake. It will be 50 stories high with condos, retail and parking. There’ll even be a clown. DONALD himself.

There was also another famous birthday this month. On June 9th O.J. turned 70 years old and celebrated with some friends in prison. They had a nice little party for him. Out of habit, after he cut the cake he hid the knife.