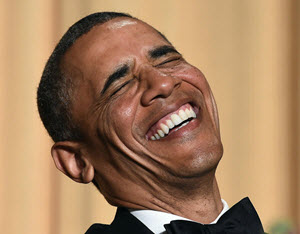 It was reported that PRESIDENT TRUMP revealed highly classified information to Russian officials in the Oval Office last week, but it’s not all bad. This week he was named Employee of the Month by Russia.

Could this be true? How can they let highly classified information fall into the hands of DONALD TRUMP?

Also reported that PRESIDENT TRUMP asked former FBI Director JAMES COMEY to shut down the investigation of MICHAEL FLYNN. which comes on the heels of the classified information to Russians revelations. Remember the “good old days” when all you had to worry about was if NIXON was a crook and GEORGE W. was going to invade another Middle Eastern country.

When TRUMP heard that the Justice Department appointed former FBI Director ROBERT MUELLER as special counsel to oversee the investigation into TRUMP and Russia TRUMP said, “This is the single greatest witch hunt of a politician in American history.” Even when he’s whining TRUMP still has to be the greatest.

“The single greatest witch hunt …” It didn’t help his case much when he flew away on a broom.

With all the drama going on, TRUMP is getting out of town. He’ll be out of the country for nine days. Now this is when they should be putting that travel ban in place.

Over the last weekend, the world’s biggest-ever cyber attack spread around the globe infecting 150 countries. Computers have been totally destroyed. In some extreme cases people were forced to have actual face-to-face conversations with each other. It was frightening.

The virus involved in the attack is called “ransomware” and it locks up your computer and tells you that you can unlock it by paying the hackers $300. Then they looked into my computer and at all the jokes I had written these past 13 years and they said I could have my computer back for $1.98.

EMMANUEL MACRON became the youngest president in French history. You can tell he’s young ’cause after they swore him in someone said, “Oui oui” and he did.

A 101-year-old man recently became the oldest person to skydive. Was he surprised when he stepped out of the plane. He thought he was making his usual every 20-minute run to the restroom.

As a public relations ploy, the PFIZER drug company is giving out free Viagra to men who are unemployed. I guess they want to prove, even though they’re out of work you can’t keep a good man down.

Viagra won’t help you find a job, but at least you’ll have something to do while you’re hanging around the house all day.

DAVID AXELROD tells us that ROGER AILES, Fox News Founder and Serial Sexual Harasser, is Dead at 77. AILES, who made Fox News a household word (like “toilet”) died in Palm Beach, Florida.

AILES denied charges he had sought sex from several news anchors, firing them if they did not comply. Some at Fox defended Ailes. “He never came on to me, not once.” said SEAN HANNITY, “And I’m damn good looking, if I do say so myself.”

The funeral is expected to attract hundreds of former women employees, proving once again, “If you give people what they want they’ll show up.”