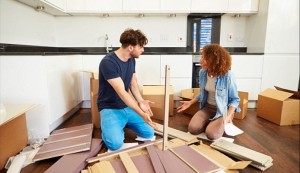 So many of you have asked such good questions about our move that I felt compelled to untangle everything I could for you. In Part One of this two-parter, I explained why we made the life-changing decision to become permanent residents of Canada. In this post, I’ll do my best to explain how we went about it, what it takes, and try to provide more answers to your questions. I’ll be going into painstaking detail, because my challenges may help you figure out solutions to yours.

Keep in mind, though, that every situation is different. There are so many factors involved, including age, financial situation, family members, jobs, costs, logistics, and way more that I can’t possibly address here. Part Two is how we did it based on our own requirements and needs. Yours will differ. But hopefully, I can offer a guideline or 12 that will help. I’m no expert, and I found the whole process a little confusing and unnecessarily complicated simply because the Canadian government site roadmaps were so unclear.

Seriously, it was like buying an Ikea product composed of a million parts with instructions that omitted the obvious, and you’re stressed before even opening the box. But once you figure it out, you look back and say, “It’s not that hard if someone would just tell you step-by-step what to do.”

And we even had a top immigration lawyer to navigate for us!

The entire process took 3 years or so. The first few months were figuring out how and what to do. The following 2+ years were actually doing it. Originally, it was supposed to take 2 years until we were processed. Then COVID happened and our lawyer told us it was upped to 30 months. Then 36 months. Then, magically, after just over 2 years, we found out our applications were finally being processed! We were told that once submitted, it would take 2 to 4 months to find out if we got in.

To our utter surprise, it took 2 days!

We made it in and we were stunned, ecstatic, scared, intimidated, and relieved. Now comes the part where we have to plan the move. We’re required to “visit” British Columbia within 6 months, which is fine because we already booked a trip for next June. Once we visit in June, the clock starts ticking: Starting as of that trip, we must live in Canada for 2 out of 5 years. Any increments will do: weeks, days, months, years, it’s up to us. If we fail to do that, our permanent resident status is revoked.

Ordinarily this wouldn’t be a problem, but we have specific personal issues to contend with: Mr. Laffy’s 95-year-old father lives here, and we won’t leave him. So our obstacles will include having to rent for a year to give us time to look for a place to buy, and doing that without living up there. We’ll be splitting our time so we can be with him. And we may not rent at all, we may just buy. Who knows? We’d like to hang onto our house, which we’ll need to sell in order to buy up there. See? I warned you in Part One this would be complicated.

And speaking of complicated, here comes the How part, the mechanics.

Let’s start from the beginning. 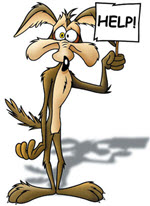 Then a dear friend and Twitter pal (RIP Miss Myrtle) who lived in Vancouver sent along an article similar to this one (our lawyer is number 3 on the list, Ian Goldman). It costs a ton of money to hire an immigration lawyer. We needed one because there was no way we could do this on our own. We’re way past the age of people who Canada usually allows in, so we needed all the help and advice we could get. And we are so so fortunate that we could afford him.

There is a point system that the Canadian government uses to qualify you. Each and every little thing adds or subtracts points, like, as I said, age. Also, what you do for a living matters, because there are certain vocations that are in demand up there. You get points for those. Here’s a sample of a points list, but keep in mind, there is no “one list” that everyone uses. Ours was different than the one our twins will have to use.

For example, Mr. Laffy is a TV producer with a good income. We found out that the company that owns his show “Naked and Afraid” is based… in Canada! So we really lucked out. He got a letter we needed from the head of TV up there saying he could possibly get work based on some shows he could pitch to them, fulfilling a major requirement. Key words: “could possibly,” “could pitch.” There was no need to prove he would get a job in Canada, just that it was feasible, and we had to show proof of that.

Our twins, on the other hand, have to go back to college, even though they have their M.A.’s and careers and are in their 30s. Why? Because their easiest and best route is to attend classes for a year in order to get a one-year work permit. Or, they could go for 2 years and get a three-year work permit. Once they get the permit, they can hopefully find work. Once they find work, they can become permanent residents pretty easily. AND, as it turns out, their vocations are in demand. That’s our next hurdle, by the way: getting their ball rolling.

Another requirement: Taking an English exam. Nonono, it’s not your typical high school English test. Just because your first language is English doesn’t make it easy to score points. And remember, every point matters. No, this is more like taking an S.A.T. exam. It’s an all-day affair divided into several sections. One section consists of listening to a conversation between two not-American people, so their accents and colloquialisms (like “aught” instead of zero) are unfamiliar, making it difficult to understand some of what they’re saying. Then you have to answer a bunch of questions about what they said.

You also have to write an essay. Did I mention a one-on-one interview during which a subject is given to you and you have to expound? It may be an everyday subject, but you must go on and on as if you’re selling a product on QVC, during which they prod you along with questions. Then there’s another section in which you’re given a dense paragraph about a boring topic like some industry you’re unfamiliar with, and you have to answer questions. It’s a little like reading the Encyclopedia Britannica (I told you I was old).

Another major requirement is an FBI background check. We had to get fingerprinted. Twice. Well, to be more precise, I had to get mine done about 5 times because they didn’t “take.” I finally had to give up and write a letter explaining that this was common and show proof that I tried repeatedly. After we found out that we were finally being processed, we had to submit new ones (see end of post). FYI, mine finally “took” that time. Yay!

The background check also included all kinds of obscure documents and forms. We had to give them photos of our passports. I had to drive to downtown L.A. (an hour away) to get proof of my divorce from 1975! They ask you to provide the dates of deaths of parents (right down to the day, which I couldn’t remember easily). We had to pay a qualified, approved photographer to take photos that looked like mug shots that had to have very specific dimensions.

Of course, we had to cough up our tax returns and financial statements showing net worth (Hi, Trump!), and documentation of our education, from kindergarten through college.

There may have been more, but you get the idea.

We sent all of those things to our lawyer, who tweaked some of it, or would ask us for letters of explanation or request some other odds and ends. He eventually submitted, and we waited.

We took a trip to Canada in September/October 2021 to scout neighborhoods on the off-chance that we would be accepted. We found an excellent realtor and got to meet Lawyer Ian.

Both surpassed expectations. So did Port Moody, where we’ll make our home. And yes, our pup Hamilton loved Canada, and Canada loved him.

Last month we got word that they were finally processing us, but needed us to fill out yet another form, submit more fingerprints, and get yet another letter from Mr. Laffy’s work contact in Ontario. Everything was due on December 18th. If we missed that deadline, fuggetaboutit.

Last Thursday, December 16th, we found out they never received our fingerprints (thanks DeJoy). We scrambled (don’t ask) and got them scanned and sent electronically (vs ink) on Friday, December 17th. Done. Just in the nick of time.

And with any luck, we’ll live happily ever after.

I know this saga was endless, but honestly, I get asked so many questions about so many details that I decided to be as thorough as I could. I truly hope this helps.

Now we’ll have two home countries to love, some peace of mind, and an amazing new adventure. Wish us luck.