I’m Moving to Canada. Part One: Why? 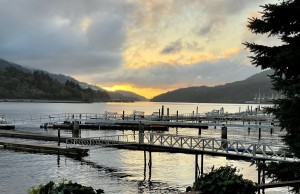 When George W. Bush frauded his way into the White House, I cried for two days. My twins watched me, and they didn’t understand why. I tried to explain to them why I was sad. Little did I know that my worst fears about a Bush presidency would be realized, and then some.

When Donald Trump duped 62,984,828 Americans into voting for him– 2,868,686 fewer votes than Hillary Clinton got– and somehow became the *shudder* President of the United States, I cried for two weeks straight. This time I knew what was coming. Hell, I knew what was coming in 2015 when The Former Guy opened his big racist mouth after his infamous escalator ride. But I was wrong. It was exponentially worse than I anticipated.

Both literally and figuratively, I haven’t stopped crying since 2016, not only because of the tragic disaster of November 8, 2016, but because of the inescapable, nagging feeling of impending doom after having observed the proliferation and increasing intensity of his rabid supporters.

And now, after years of T.F.G.’s browbeating a willfully ignorant electorate and an obedient Republican Party while exploiting his giant Hitlerian, media-amplified mic, what’s left of  democracy is barely hanging on by a thread. Yikes.

Trump junkies– astonishingly including, our own members of Congress– are giving the finger to us and a thumbs up to the violent January 6th coup, winking and nodding at white supremacist domestic terrorists. (I can’t believe I’m typing these words.) Q-aNazis are openly salivating at the prospect of shooting people like you and me, gleefully fantasizing about murdering rational citizens who cherish our voting rights, our legal system, and a small-d democratic government.

Because of the anti-democracy party, formerly known as the GOP, not only are our freedoms in peril, but so are our very lives.

Which brings me to COVID. These very same zealots are also anti-science, something unimaginable to me only two years ago. They choose insane conspiracy theories, eating magic dirt, bleach injections, and self-imposed illness over life-saving vaccines. They choose death over masks. “Pro-life” my ass.

And this hardcore mania is not letting up. In fact, it’s getting worse. The crescendo of irrationality is overwhelming. Congressional Democrats who try to stop this lethal crisis-gush are being stopped cold by members of their own party. It’s hard to see how this ends well. I care so deeply about this country, and watching it writhe in distress is excruciating.

Like you, I’ve struggled emotionally, tried assiduously to remain optimistic, or at least somewhat hopeful, giving every benefit of the doubt to “the process,” to elected officials who are genuinely and actively trying to win this war. I’ve hung on every word from legal warriors like Marc Elias who go to court on our behalf to do everything in their power to save what’s left of our beautiful country.

Sometimes they win. Marc Elias wins a lot. But he can’t win the war, only the battles. He’s said so himself. Republicans are trying to change current and future election outcomes. It’s up to Congress to make laws that can undo some of the damage, but… well… Manchin, Sinema, and of course, the anti-democracy party.

And let’s not forget the oodles of courts stacked with Trump judges that Elias and others are up against. Nor can we ignore the ultimate horrific nightmare that is the 6-3 Trump Supreme Court, who, as we speak, keeps chipping away at every gain we’ve made, whether it be voting rights, women’s rights, gay rights, civil rights, racial justice, economic equality, you name it. There’s no stopping them now, they’ve only just begun (bye-bye abortion and birth control).

I’m old, I’ve seen a lot. I’ve protested a lot. I’ve marched, demonstrated, and have been tear-gassed. I’ve written, vocalized, called, emailed, tweeted, used my voice on radio and podcasts for years and years. When I had a career as a comedy writer, director, actress, it never occurred to me that I’d end up as a political commentator and activist. Yet here I am and here we are. And right about now I, like many of you, am feeling pretty unheard, pretty impotent, and definitely not funny.

After decades of hopeful effort, it’s feelings of angst, anguish, frustration, and dread that stubbornly recur. It shouldn’t be like this. And it’s kind of maddening, because I’m generally pretty perky and goofy. But over the past few years, outrage and despondency are breaking and entering my thoughts, sleep, and well-being. Insecurity has loomed where comedy once romped. I miss feeling safe. I want my family to feel safe.

I need a breather. I need to know there’s a place for us where open-carry isn’t a thing, where strident fanatics aren’t stopping traffic on my lovely, quiet neighborhood streets with their Trump-flag-adorned truck caravans. I need to know my neighbors don’t want to hurt me, do away with my Jewish family and gay children. I need a place where misguided hatred, violence, threats, and slavish devotion to a mentally unstable, vicious, vengeful, wannabe king aren’t around every corner.

A few years ago, we did it. We looked around, profoundly alarmed at what we saw, put aside our fretting, and took action. We applied for permanent residency in Canada.

British Columbia, to be precise.

Vancouver area to be more precise.

Port Moody to be precisely precise.

My family used to take month-long road trips to Canada starting when I was 6 years old. I love it there, always have. It’s a welcoming, friendly, gorgeous country, and, despite going from sunny Southern California to a rainier, cooler climate, we said Yes to moving. (Sidebar: To those who keep tweeting me about that, the area, with occasional exceptions, “has relatively mild winters with little snow.”) We can deal with rain and snow, we can’t deal with fascism. We can’t deal with the growing velocity of Hurricane Insurrection. And after many many conversations, lots of analysis, both self, practical, and political, we made the decision to take the plunge and apply.

It’s one of the most momentous– at once exhilarating and agonizing– choices we’ve ever made. But it’s so worth it to have some peace of mind, a safe haven, a viable option, a sense of security.

No place is perfect. Canada sure isn’t. I’ve had my share of Twitter trolls and pals remind me of that. I’m aware. But at this stage of my life, I could use some comfort. My mental and physical health depend on it. It took every bit of courage and determination we had to make such a life-changing move. The challenges are enormous, but the rewards are too.

One of my (now former) Twitter followers accused me of being “cowardly” because he made the faulty assumption that I would no longer vote or engage politically. Wrong. We will still be U.S. citizens. We were accepted as permanent residents, not Canadian citizens.

We’ll still vote in U.S. elections, I’ll still be sitting at my same computer, tweeting my little smart ass tweets, sharing breaking news, trying to inform, making bad jokes, playing Whack A Troll, ranting with my dear friend and host Nicole Sandler on her show, and fighting hard for democracy… from up north. And sometimes from the U.S. too. This is more complicated than it sounds.

And for those who are interested in why it’s complicated and the mechanics of achieving permanent residency in Canada, stay tuned for Part Two.