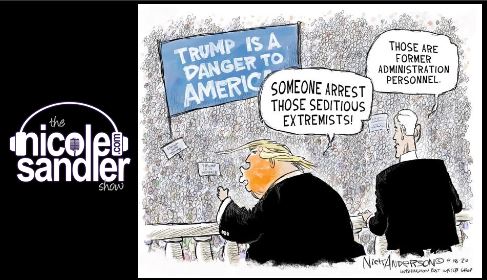 It’s been a long five days since we last got together on Christmas Eve Eve, but that’s expected at the end of a year that’s felt like a decade! Rather than recount it all here, I’ll update everyone at the top of the show. The bottom line is that Trump finally signed the COVID relief and omnibus funding bill combination, but not until he exerted maximum pain on the American people.

The House is voting today on raising the dollar amount of checks going out to the American people and overturning Trump’s veto of the NDAA.  (Note: The House passed both– they now go to the Senate, who returns tomorrow to deal with these two bills, we think.)

I’m joined by journalist/author/The Nation contributor Sasha Abramsky.  He’s been covering Trump since he announced his candidacy. His latest for The Nation is “Trump Is Guilty of Sedition and Must Be Brought to Justice“!

And here’s the video version of today’s show