Tweets I’m sick of reposting, now all in one place: Right here. 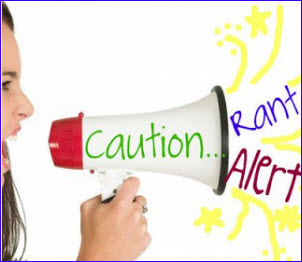 I don’t write blog posts very often any more, not since my former co-editor/publisher of The Political Carnival, Paddy Kraska, passed away a couple of years ago. Her death took so much out of me, and my motivation to write long form nearly vanished. Just before she died, we had planned to change the format of our site to one of tweet-like quips and links. Tweeting has been my outlet of choice for awhile now, but with all the fun, quick conversations it offers come frustrations.

One of those frustrations is knowing that followers on Twitter don’t always see my tweets, just as I miss theirs. Normally, that’s no problem. But it becomes irksome when I make a point of repeating certain political points, observations, and/or positions over and over and over again that aren’t seen. I find myself having to tweet the same thing daily– sometimes hourly– in response to both Dems and conservatives alike.

So I decided to put some of the most often repeated ones all in one place. Now if I receive a tweet again and again, and feel obligated to answer the same way again and again, I can provide a link to one post instead of reiterating ad nauseam. This is that post, and here is that collection of tweets and thoughts:

1 FELLOW DEMOCRATS (or are they?)

Here’s one very current recurring topic that must be emphasized, despite how obvious it is: Allowing the GOP to win in November would be totally self-defeating. Yet so many well-meaning followers are telling me that if their candidate doesn’t win the Democratic primary, they won’t vote or they’ll write in their candidate. While I admire their passion, and relate to their frustration and argument that they want to stand on principle, unfortunately, that could backfire.

I’m a Bernie Sanders supporter (yet another point I’ve hammered home without much success), but I will vote for Hillary Clinton should she be the nominee, despite any misgivings (yes, that’s another statement that has been overlooked). To those who say voting for her would be tantamount to voting Republican:

Not one Republican will fight for those positions. And to those who say there is no difference between Dems and the GOP, I repeat:

I’ve spent months fielding nasty, hostile, provocative, needling, rude, and outright vile tweets from “Hillary supporters” and even “Bernie supporters” who insist on slamming my choice of candidate or my insistence on voting for Hillary if she’s nominated. That’s divisive and, again, completely self-defeating. I do not tweet Hillary supporters with anti-Hillary messages. I could, it would be so easy, but I don’t. I’m sick and tired of Hillary supporters coming at me with negative tweets about Bernie. It won’t swing me to their candidate. It’ll just make me dig my heels in.

So no, these zealots won’t change my mind and their vitriol makes me even more determined to stand by Bernie Sanders and/or my choice to vote for the Dem nom in the general election. Yes, I do block, and sadly, not all of these harassers are trolls. Some were longtime followers. Once and for all:

Dear fellow Dems: Feel free to vote for whomever you’d like. I’ll back the nom. But don’t try to strong arm me to vote your way. Love, Laffy

2 ABOUT THOSE SO-CALLED “PRO-LIFERS”

The hypocrisy of those who bully others under the guise of being “pro life” while practicing gundamentalism and calling for the death penalty is astounding. Zygotes are not babies, by definition. But it’s not just about abortion. Radio host Randi Rhodes used to describe pro-forced-birthers this way: “Love the fetus, hate the child.” But they actually don’t love the fetus, and even many liberals forget that.

Access to birth control helps prevent abortions. But providing health insurance, sex education, parental leave, and food and housing assistance does too, by preventing illness and potential deaths of the very (pregnant) women conservatives claim to value. They’re living, breathing humans who need to stay well in order for their fetus to thrive. By cutting aid to those who can’t survive without it, conservatives are showing they care nothing about life.

3 TROLLS and FELLOW DEMS, ABOUT YOUR CHOICE OF WORDS

Dear everyone who uses “tard” suffixes: I stand by this pic as does every special ed kid I ever had in my classes. https://t.co/p2SFG4CEFc

Unfortunately, the above link was deleted. The point was, using “retard” or “__tard” as a slur is offensive, especially to those with disabilities. My special ed students were hurt and confused when they heard the R word used as an insult. Please consider that before hurling it around.

I’ve been accused of “telling people what to say” when it comes to other slurs, this time regarding Latinos and Hispanics. I’ve never “told people what to say,” but suggested that words like “illegal(s)” and “alien” that may have been acceptable at one time are now considered disparaging. Words (d)evolve over time. Why persist in labels that you know are disrespectful?

Here are two targets of those very labels in their own words:

I abhor Chris Christie, but I refrain from making fat jokes about him. Oh, it’s tempting, and they can be funny, and we laugh, but. BUT: Body shaming is cheap. If you have to resort to mocking someone’s appearance, then you clearly don’t have anything of substance to say. It doesn’t win arguments, it feeds the other side, and it diminishes your own standing and credibility. Why not leave that infantile tactic to the trolls, because if you don’t, you’re not much different than they are, IMHO. And yes, I slip sometimes and make cracks about, say, Donald Trump’s hair.

But think about your reaction when your candidate– say, Hillary Clinton– is ridiculed for her looks. Or how you felt when conservatives went after Chelsea Clinton or Amy Carter? We’re better than that.

Sorry to repeat myself but fat jokes don’t work for me. Attack policies, plz, not appearance. Do you like “looks” jokes re YOUR candidate?

And finally, a helpful hint when addressing more than one person in one tweet. The first person you reply to is the one you’re talking to. The others are just part of the group (unless, of course, you are addressing everyone at once).

See? That prevents confusion and potential insults. I can’t begin to count the number of times I thought I was being called out when the tweet was actually intended for a troll or someone I didn’t even know.

Rant over. Thank you for listening. I hope I didn’t offend and that this was in some way helpful. And now I can finally reference this one post rather than try to explain myself in 140 characters or less. 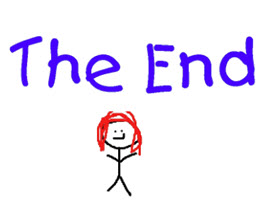