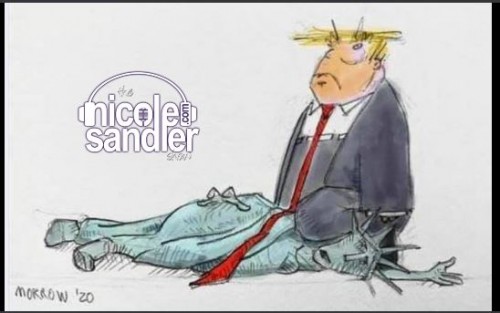 It’s very difficult to digest all that’s happening around us, as it feels like the end of the American experiment. I’m not sure the US can survive if it continues on this Trumpian course. But then again, I’m not a historian. So we’ll speak with one today.

Harvey J. Kaye is a historian and former professor at University of Wisconsin/Green Bay, and the author of a number of books including Thomas Paine & the Promise of America; The Fight for the Four Freedoms; Take Hold of Our History; FDR on Democracy._

We’ll fully take advantage of his expertise when he joins us for the second half of the show.

Sadly, we began today with the news out of Louisville, KY where a grand jury gave its report today on the killing of Breonna Taylor. The bottom line is that none of the cops who barged into her apartment with a “no-knock warrant” while she was sleeping and ultimately shot and killed her will be held responsible for her death. It’s shameful and sickening, and I truly fear for the future of not only this nation but the world.

I also shared a statement I found somewhere online, attributed to Robert Hendrickson, Rector at St. Philips Episcopal Church in Tucson, AZ. Of Trump, he wrote

“This is an awful man, waving a book he hasn’t read, in front of a church he doesn’t attend, invoking laws he doesn’t understand, against fellow Americans he sees as enemies, wielding a military he dodged serving, to protect power he gained via accepting foreign interference, exploiting fear and anger he loves to stoke, after failing to address a pandemic he was warned about, and building it all on a bed of constant lies and childish insanity.”