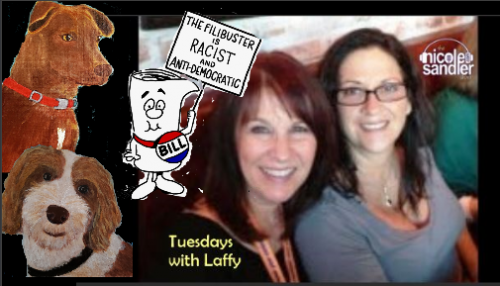 Sorry for the cynicism in the title of today’s show, but fuck Sinema and Manchin, as they are killing us.

It’s Tuesday, so Laffy is here, and we’ve got a lot of news to cover today. Most notably, today the Senate will vote to open debate on the For the People Act which will be filibustered by the Republicans, so why do we even bother?

**Update: As it turns out, that was a good question. I stayed on the air until the vote was completed. 50-50. So the majority party loses. Kamala Harris was on hand, presiding over the Senate. She could have cast the tie-breaking vote, making it 51-50. But it wouldn’t have made any difference. Because of the filibuster, it would have taken 60 votes to invoke cloture, thereby OPENING debate. None of this makes any sense.

If I could have played a song to end today’s show, it would have been “Everything is Broken” by Bob Dylan.