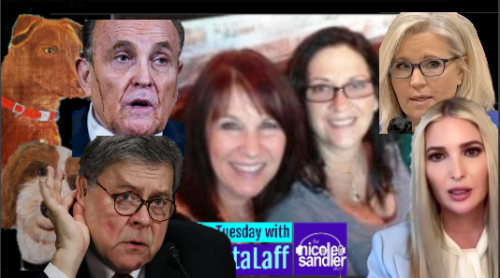 GottaLaff has been away for a few weeks, actually preparing to go away for a few more weeks! But she’s here today, and we have a lot too catch up on, like the 1/6 hearings, the bipartisan gun deal framework, and everything else that’s been going on since we last spoke. Buckle in…

I shared a few videos on today’s show– First up, my appearance last night on Dan Abrams Live on NewsNation where I was asked to talk about the tentative deal on new gun laws reached in the senate

The far-left isn’t happy with the bipartisan gun safety reform deal struck by the Senate, and neither is the far-right. But isn’t that what compromise is all about? @danabrams debates a conservative and a progressive about their opposition to the new pact. pic.twitter.com/caycGZFQRt

Then, this one from Lauren Mayer

And this one from Bruce W. Nelson (aka Mangy Fetlocks)