We’ve Come A Long Way Baby, or Have We? 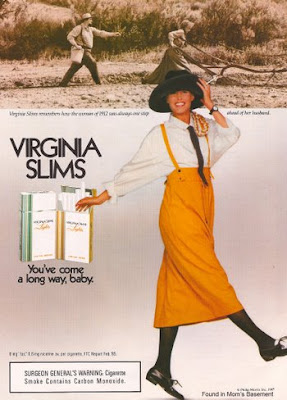 This afternoon on The Randi Rhodes Show, I’ll be joined by a couple of guests who’ll reflect on the progress made in 2010 by the LGBT community and women.

The unflinching activism of the group GetEqual is widely credited for making the repeal of Don’t Ask Don’t Tell a reality. Heather Cronk, managing director of GetEqual will join us to talk about how they got it done, and what’s next.

What strides have women made this year? We’re on the cusp of 2011, and still don’t have an Equal Rights Amendment.  But we do have a third woman on the Supreme Court.  Cultural herstorian Amy Simon of She’s History will give us an update today too.

We’ll also continue our discussion of the plight of the 99ers, and the progress we’re making in connecting those who need help with people who are able to help at www.helpthe99ers.com.

Although this issue is getting very little play in the mainstream media, there are a few people covering the issue.  One is Michael Thornton, who has been writing for the past two years about unemployment and workplace issues. He is the content author of Rochester Unemployment Examiner, The Layoff List, as well as NOFLAC.org,

We had some confusion on the show yesterday about how unemployment compensation works.  Michael sent me this explanation, and will join us on the show this afternoon to talk more about it.

This is a chart outlining the Tier structure, but it can get messy in places.

I think one of the more important issues facing the social support/unemployment system is the number of potential 99ers in the pipeline. The following graph gives an indication of the problem going forward, especially the first half of 2011. Also, people who get laid off this month will only be eligible for 60 weeks of benefits since Congress only extended eligibility for extended benefits till the end of 2011.