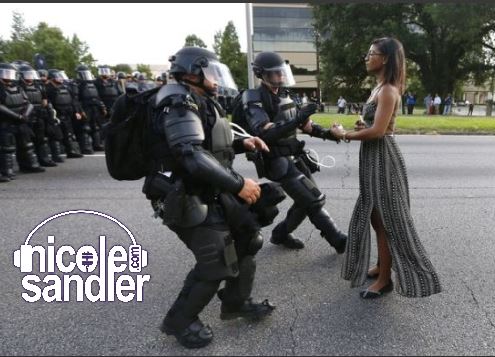 I know it’s only Monday, but this has been a really tough week. Crazy enough to give someone a heart attack. Or not.

In the last two weeks alone we’ve seen – literally seen, thanks to all the videos – the most horrific examples of human behavior play out in front of us like unpleasant movies.

On June 28, we watched the horror in Istanbul as a group of mass murderers blew up the airport, killing at least 45 people and injuring hundreds more. Since it’s the video era, we even got to see the third terrorist blow himself up. The red tint on the explosion that played on the TV over and over has stayed with me like that unsettling dream that you just can’t shake all day.

But that story gave way to the news on July 1 that a hostage situation was underway in Bangladash. A number of gunmen attacked a restaurant popular with foreigners in the wealthy Gulshan Thana area of Dhaka. At least twenty-two civilians, two police officers and five attackers were killed in shoot-outs and dozens of hostages were taken.

Two days later, July 3, at least 308 people were killed and over 246 were injured after a large car bomb explosion in the middle of a busy market in Baghdad.

Just as we were thinking about how fucking scary the rest of the world is, we got a taste of our own medicine.

On July 5, Alton Sterling was shot, point-blank, by two Baton Rouge cops, after they already had him tackled to the grown. Video shows one of the cops remove a gun from Sterling’s pocket after he was already dead.

The next morning, we awoke to the news that it happened again!  On July 6, Philando Castile was pulled over, ostensibly for a broken taillight. Although according to his fiance, he was following the instructions of the trigger-happy and obviously unstable cop, getting his license and registration, the “cop” shot through the window with Diamond Reynolds in the passenger seat and her 4-year old daughter in the back seat!  Reynolds somehow had the presence of mind to turn on her cell camera and started live streaming to Facebook after Castile was shot.

Anyone with a heart would be distressed after watching those events unfold over the course of just over a week. My heart was certainly aching, but I didn’t think it was literal. Until it was.

I got home from work Thursday night, after an obviously distressing day, and just wanted to sleep. I awoke after an hour or so, drenched in sweat, with my jaw aching. At first I thought I had been clenching my jaw and, we live in Florida and humidity is a fact of life. But I knew something was wrong. When I got up and felt lightheaded and short of breath, my husband asked if I wanted to go the hospital. Off we went.

While I was in the Emergency Room, I turned on the TV to see what was happening, as I knew there were protests happening all over. Instead of peaceful protests, the chyron that appeared on the screen screamed that an ambush was underway in Dallas, where cops were being targeted. When I tuned in, they were already reporting four officers dead and a number of others wounded. The world has, indeed, gone mad.

I told the whole tale on the air today. So if you’re interested, I direct you to the player at the top of this post. It’s right there in the first 30 minutes or so of the show. And frankly, I don’t want to go through it again. But the next step is an appointment with the pulmonologist on Wednesday morning to find out about the mass on my lung! (Now you’ll go listen…)

I did take a few minutes away from my health horrors and our collective national horrors to talk about what happened at the Democratic Party Platform meeting over the weekend in Orlando. Rick Neuhoff, who along with his wife Diana Hatsis Neuhoff are Bernie Sanders delegates to the convention in Philadelphia from my district here in Florida (they beat my husband David and me, who ran to be delegates too!). They were there in Orlando this weekend, and Rick gave us a great snapshot of what went on. He comes on at about 40 minutes into the show, if you’d like to jump ahead to that section.

In the second hour, I took your calls, and we talked about the crazy mess we’re in.

To be continued.. tomorrow….