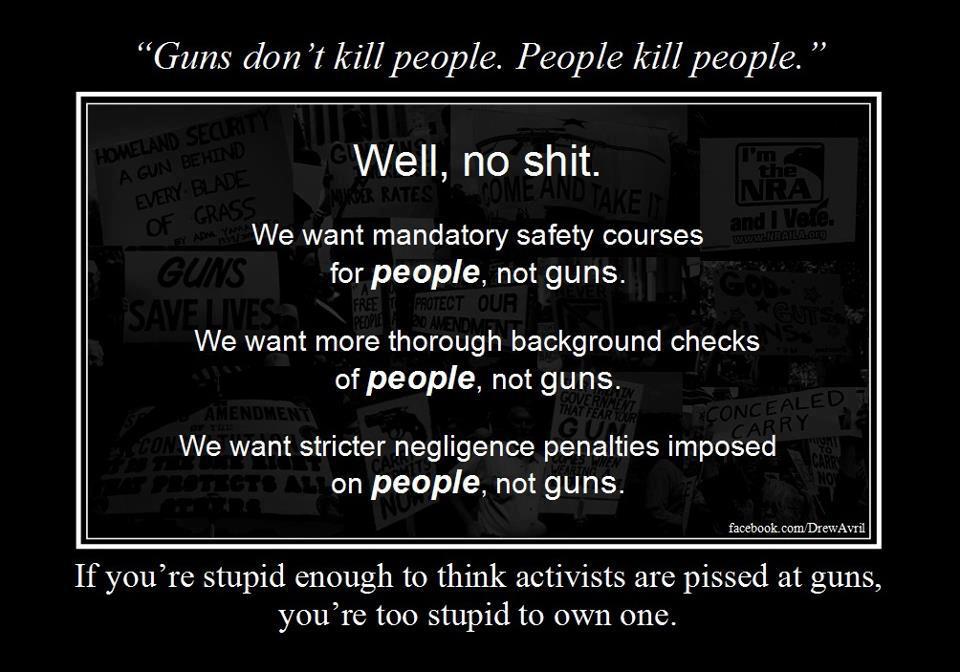 The Frank Luntz coached American right does a great job of one thing: coming up with pithy bumper sticker-type sayings that are easy for the unwashed masses who watch the Fake News Channel to parrot back to anyone who’ll listen.

We, the educated left who understand nuance and enjoy informed debate need to do better when it comes to memorable phrases that are easy to understand and echo.

Obviously the fight over sensible legislation to help keep the public safe when it comes to guns is going to be a long, hard road.  So, I invited my friend – blogger, activist and media trainer  Spocko to come on the show this morning to help us out a bit.

Briefly, Spocko gave us a  frame to look at this issue from – Pro-public safety vs. Anti-gun

As we do every Monday morning, we checked in with Nicole Belle of Crooks and Liars who watches the Sunday talking head shows so we don’t have to.  Here’s what she brought us this week:

Frank Luntz is infamous for creating little cute but deceptive soundbytes, trying to make the Republican agenda sound digestible rather than toxic. I can’t swear to it, but it sounded to me this Sunday that the biggest thing that came of the Republican retreat in Williamsburg earlier this month were a few of the patented Luntzian talking points.

So even though the Very. Serious. Budget. Created by Paul Ryan is nothing more than the same austerity measures that are failing rampantly in Europe, he tells David Gregory that it’s not austerity, it’s ‘opportunity.’ He also still has no idea what a ‘straw man’ argument is.

And the same path to citizenship in immigration reform that McCain scoffed and fought against when running against Barack Obama in 2008 are now part of his ‘comprehensive immigration reform package’. Nothing like losing a huge swath of the population to get you to re-evaluate your thinking.

Speaking of trying to cover for institutional racism, when confronted by members of his own party calling out racist dog whistles and intolerance, former Senator and newly named President of the Heritage Foundation Jim DeMint tried to change the subject and defend ‘unborn children’ from abortions.

Retired lieutenant general (and rabid anti-Muslim) Jerry Boykin will feel degraded and humiliated by the notion of bodily functions around women in combat. I’m sure there’s a Freudian analyst out there ready to make hay of that statement.