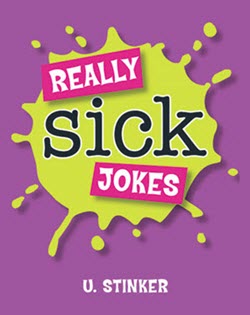 At first DONALD TRUMP was going to kick all the Mexicans out, and he’s going to build a wall to keep them from coming back. Now he’s agreeing to give immigrants a 30-minute head start before he tries to catch them with a net.

TRUMP says he’s softening, which is normal. It happens to a lot of men his age.

TRUMP has changed his position on immigration so many times, if you want to know where he stands you’ll just have to wait until LAST year.

This week TRUMP tried to win over black voters by asking them, “What the hell do you have to lose?” Coincidentally, that’s also the way he proposed to all three of his wives.

DONALD TRUMP is accusing HILLARY CLINTON of being too ill, too frail to be Commander In Chief. Conspiracy theorists have cooked up just about every condition for her. Brain damage, Parkinson’s, Autism, Even Prostate problems.

TRUMP has been saying that HILLARY looks unwell. Although. he then admitted he thinks any woman over 35 looks like she’s dying.

A new poll released shows HILLARY is 9 points ahead of TRUMP in New Mexico. And 100 points ahead in OLD Mexico.

TRUMP’S campaign chairman, PAUL MANAFORT, was forced to resign following news that he had pro-Russian ties. Which really upset TRUMP, because he insists having all his ties made in China.

The Olympics wrapped up over last weekend with the United States coming out on top in all medal counts. The U.S. brought home 46 gold medals, 37 silver, and four idiots.

Olympic swimmer RYAN LOCHTE lost all his business deals in just one day. Even TRUMP was impressed. “It took me months to do that!”

There was an emotional moment at the end when they extinguished the Olympic torch and all of RYAN LOCHTE’S endorsement deals.

LOCHTE lost all four of his sponsors, including Speedo. That’s got to hurt, because they’ve been his biggest supporter. Well, not biggest, but most crucial.

…in 1895, LOUIS PASTEUR inventor of pasteurization, died at the age of 73. His last words were, “Does this milk smell funny to you?”