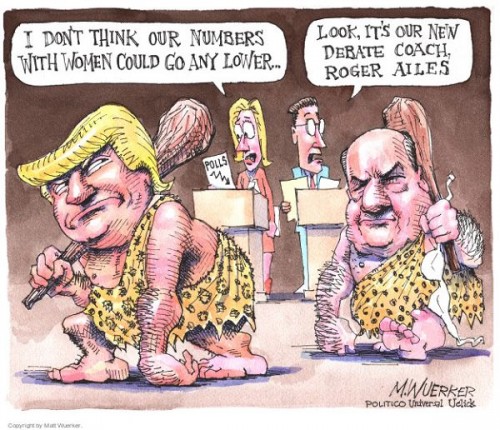 .
I’m not even Catholic and was starting to see arguable papacy behaviors on a regular The Factor Confessional basis from the spoiled global hellion, Donnie J. Trump.
No matter the preponderance of egregious,  Bill O’Reilly ends up in a satanic split screen of himself trying to ameliorate the damage of Trump corruption and lack of ethics.
Apologies for linking you to the deep foxy swamp that produces all of that.
..
.

Was The Donald’s youth full of confessions and resented “punishments” via the New York millionaire Daddy slash blood father of his monetary success? 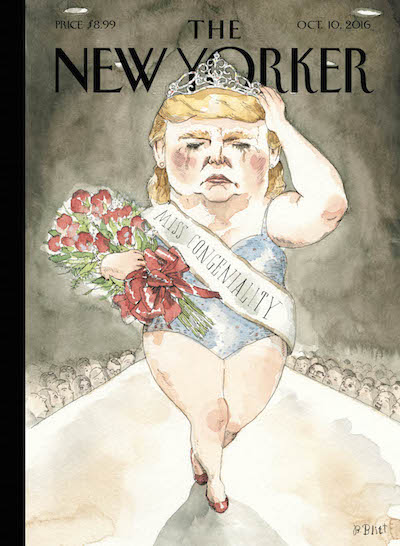 Because he has virtually all of the hallmarks of a spoiled rotten Richey Boy. Looking for another golden egg.

.
•   Egomaniacal Narcissism
•   Callous Disregard for the less Well Off
•   Misogyny That Doesn’t Quit or or Take a Sick Day
•   Relentless and Amoral Corporate Swindling of those worse off than Himself
•   Engages in snake-like cover ups then Double Downs on sexist defamatory pronouncements and weight-shaming.
•   Decades-long history of Major Cheap
•   Surly non-apologies that never admit Guilt or Harm to his Lesser Than groundlings
•   Engages in pitiful Wife Upgrades so his corpulent self is always adjacent to “A Trump Ten”
•   Damn fool would’ve made Shimon Peres’ eulogy into a Trump Exceptionalism stump speech today

It took no time at all in The General Cirque de Shite for Donald Dicque to have a permanent ‘Splaining Corner on  Bill O’Reilly’s lacking-facts 8pm hour of slime and punishment, The Factor.
[It’s not particularly difficult to find a self-righteous yet slavering media scold Chez Fox Noise any cycle.]
.
. 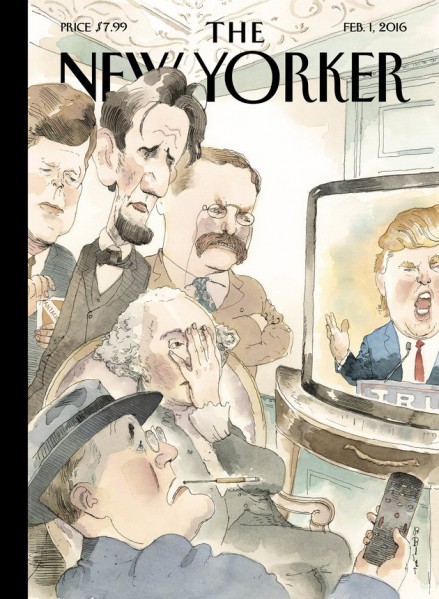 Of course The Donald is an expert at avoiding punishment – guilt is most often a given, but his narcissistic ego only cared about the final judgment …  and not from any religion’s chief deity; guilt is rather determined by a high-end gavel plus the amount of lucre lost or (ostensibly) a verdict of guilt.

Can anyone picture El Trump perched upon a Factor Catholic kneeler to offer up ANY type of honest personal perusal?! It is uproariously unlikely.

Our founding fathers must, by this point, have sniffed their capable way to cable news and are now deep in their own hell of fear based projections about an America led by this Fvx Cult and Acolyte created monster.

HuffPo’s Christina Wilkie enlightened us about some of T’Rump’s prior ill- legalish dealings with women, money and stark culpable guilt. 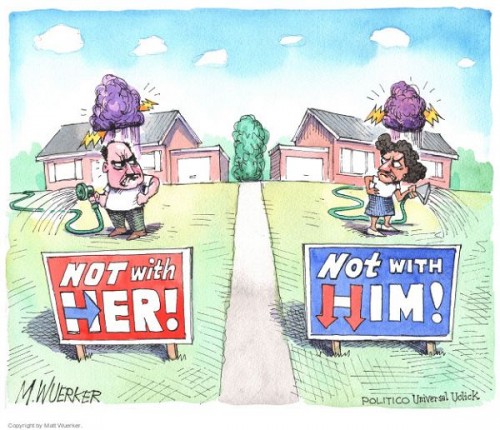 As part of the couple’s divorce proceedings, Ivana Trump’s lawyers asked him under oath about his dealings with other women and whether he had been faithful to his wife.

Instead of answering, Donald Trump invoked his Fifth Amendment rights against self-incrimination. Over the course of five depositions that summer, he was asked approximately 100 questions related to marital infidelity. He pleaded the Fifth on 97 of them.

So acts of moral and economic bankruptcy DO employ the Fifth constantly! It’s inarguably more widely used by The 1%ers and their greedy  minions than by the black and brown murderer/rapist/illegal/all-guilty population The Donald and his hair get up in the boughs about.

With only BillO to talk him off the snap-ready limb he teetered belligerently upon. He’d been called out BY a smart woman and informed that his putrid pattern of bone deep sexist derision could rival Bill Cosby’s.
.
There are acres of well-manured land between womanizers and woman haters. Might dead-on explain why O’Reilly creates a posh Fvx Factor Confessional for his Donald on a weekly basis ~ since he’s [diabolically and wrongly] regularly nailed to the lame stream lousy Media Cross. 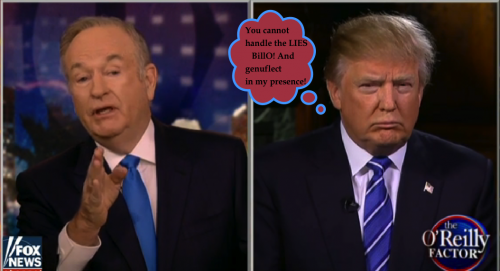 …
T’Rump’s ego falsified/rosily translated the massive negative reaction to this volatile double down of re-commitment to his own unique billionaire misogyny. He could copyright that sludge and insult even more women in an obvious Wham, Bam MO.

The Donald loves to deride the other sex. He bedevils and revels in the popular sexist bunk du jour, rejoices in denigrating those inferior females he is “smarter than” … along with making justly paying for services rendered as rare as societally possible. 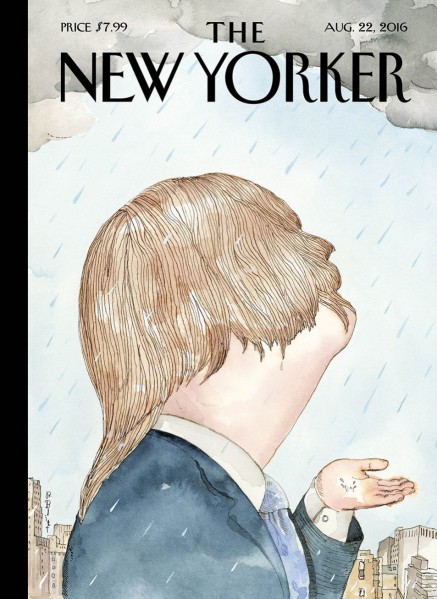 .
.
It was clear as day that Miss Universe’s story (yesterday’s Laffy’s Place coverage of this sick sexist tale is linked here) pierced Donald’s uber-thin skin di-rectly:  “Where did you find that?” he bellowed at Secretary Clinton like an enraged, obese and orange bull at The Great Debate.
Trump Tone and tenor then immediately skewed sharp, suddenly containing a visceral, bald hatred and no small amount of affronted and derisive staccato Donnie-whine. It was a telling and raw sewage debate moment. 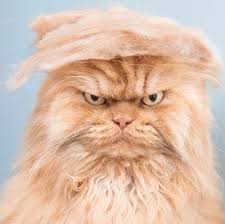 Then came his O’Reilly Confessional enactment of ‘poor poor pitiful moi’. Video above.
The Trumpian Ego doesn’t countenance the truth. And gets all twitchy when said truth enters the debate hall.
Or any room, property or woman T’Rump feels he bought and paid for.
Major kudos to heroine  Alicia Machado. She had the courage to gracefully tell her story, and add one more notch on The Donald’s skeevy bed-post notching for misogynistic triumphs.
.
Donald, you need women now more than when you were an indulged hound as a teen-ager right through this morning.
.
A lifetime of patriarchal dedication ought to be getting more open love from the ole GOP of the U.S. regressive tide, right?
.
But no. They just want Drumpf to win at any cost. Even the ultimate Titanic one.
.
BEAT THE CHAMPION SEXIST ASSHAT WITH YOUR VOTE!!!!
..
….. 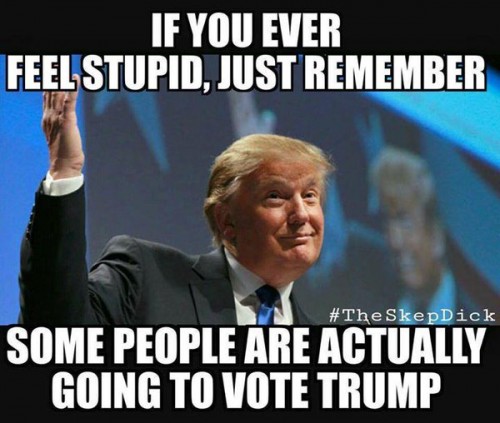