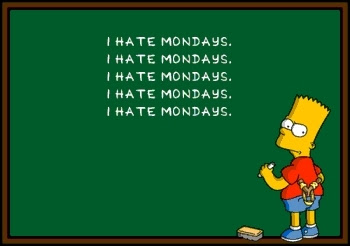 I don’t always hate Mondays, but the Monday after driving six hours in each direction to drop my kid off at camp is a day I’d rather be sleeping.  But it’s such a busy week that there’s little time for rest for the weary…

On the road, I saw a slew of billboards for the law firm Morgan & Morgan, with Charlie Crist’s face smiling down on me, reminding me that I have no clue what he stands for other than political ambition.  The former Republican governor of Florida decided to eschew a second term in order to run for the US Senate.  When it was apparent he’d lose to Marco Rubio in the GOP primary, he ran as an independent.  In the run-up to the 2012 presidential election, Crist famously registered as a Republican and endorsed Barack Obama.

If you wonder what that endorsement cost the Florida Democratic Party, look no further than Saturday night’s Jefferson Jackson dinner, where the one progressive Democrat running for governor was denied her request for a five-minutes speaking slot.

The other billboards that dominated the flat Florida landscape were of the anti-abortion variety.  A slew of signs informed me that 18 days after an egg and sperm meet, a heartbeat appears.  Alrighty then….  What a lead in to my first guest of the morning…

Tracy Weitz PhD, MPA, the Director of the Advancing New Standards in Reproductive Health (ANSIRH) program of the Bixby Center for Global Reproductive Health at the University of California, San Francisco (UCSF) co-authored and co-investigated a new study on women who were denied abortions – (up to 4,000 a year), an increasingly common occurrence that is hugely harmful to the women who are victims of this practice (and will only get worse with the daily assaults on women’s rights in the states and in Washington, D.C.).

The study  was featured  in The NY Times Magazine yesterday in an article that you really should read.

It’s Monday, so Nicole Belle was with us for Fools on the Hill —  She and her Crooks and Liars colleagues watch the Sunday talking head shows so we don’t have to…

I grew up surrounded by diplomats and politicians because of my father’s work.  I saw my father and his colleagues tell stories, be fake, spin, manipulate and even bald-faced lie to further their individual interests.  So it’s not entirely a coincidence that I chose someone who does not have it within him to be politic as the father of my children.  Honesty and openness is a large part of our relationship and because we have valued that from the beginning, I know that my children can trust their father to present them with what he believes is in their best interest at all times.

What a contrast that is from our Sunday news show viewing.  At a time when the media should be operating as an adversary to politicians, we instead have the media simply enabling the spin and manipulations.  And I feel as hopeless about trying to find the truth in today’s news as I did watching those politicians and diplomats as a kid.

How can you trust any media outlet, for example, who thinks that the person to ask about the recent NSA scandal revelations is Dick Cheney?  The man whose humanity is as non-existent as his pulse told Chris Wallace that President Obama should unapologetically defend the NSA program, but can’t—because he has no credibility.  Pot, meet Kettle.

Speaking of delicious hypocrisy, Karl Rove was also asked to opine on the “Power Panel” of Fox News Sunday and assured Fox viewers that the NSA surveillance is perfectly acceptable—because cops do it on TV shows all the time.  Don’t you love that constitutional construct?

Andrea Mitchell proved that she, too, is part of the problem on the Meet the Press roundtable by parroting partisan GOP talking points as givens.  In discussing the problem of the Obama administration’s apparent defense the legality and constitutionality of the NSA surveillance program with an unsatisfactory “trust us”, Mrs. Alan Greenspan bemoaned that the government doesn’t have much credibility because the people no longer trust them after Benghazi and the IRS scandal.

Saxby Chambliss, who destroyed the character of veteran and triple amputee Max Cleland to win his seat, is really, really eager to get yet another war on.  He told David Gregory that he didn’t think we should put “any limits” on US military involvement in Syria.

Howard Kurtz worries that if the media overload continues on the Zimmerman trial it might look like the justice system is unfair to blacks in this country.  Right, because there’s not been a history or precedents galore to make blacks feel that way.

And finally… I didn’t have time to play it today, but the US could take a lesson on how to deal with sexual assault in the military from the Aussies: