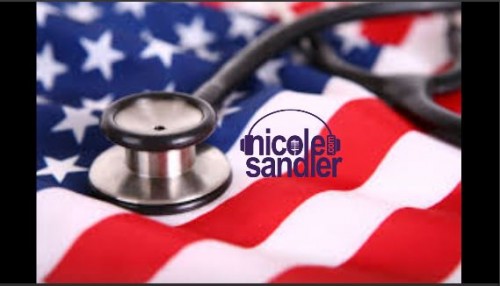 The so-called skinny repeal bill failed in the senate last night. Dave Johnson joins in to talk about life with Trump in the White House, how we got here and how we survive it.

I also shared a bit of commentary from David Dayen’s newsletter (click here to subscribe) about the unsung heroes of last night’s skinny repeal defeat: the media!

Everyone on the left who came of age during Bush v. Gore has had to put up with the insufferable punditry about John McCain, maverick. Last night he actually lived up to it, though he overshadowed Susan Collins, Lis Murkowski (amid threats) and 48 Democrats who never wavered. But I’ll stand up for the other major player of the evening, the other obstacle to ACA repeal: the media.

Mitch McConnell failed in finding consensus on health care policy weeks, maybe months ago. He figured out that his only path to success lie in nobody knowing quite what was going on. He kept his fellow Senators in the dark and to the end, maintained that the bill they passed didn’t matter as a bill. This made information a commodity, and Congressional reporters filled that gap.

When moderate Republicans saw reports of the skinny repeal gambit of using the conference committee to push through a bill worse than they ever wanted and forcing them to take it or leave it, they grumbled. When McConnell changed tactics, and said a vote for skinny repeal was a vote for conference and that it could never pass as a bill, reporters got the information that the House was getting ready to vote on it the moment they could. This was extremely narrow-cast reporting. Senators were hearing from reporters directly. It created outlandish headlines like “Senate Republicans hope their own Obamacare repeal won’t become law.” It added to the absurdity of the process. And it was just enough for John McCain to opt out rather than go quietly.

Reporters seriously played a public policy role. Democrats knew it; every speech they gave on the Senate floor sounded like it was coming from political analysts, bringing in new information about the consequences of passing the bill. In a process where Republicans counted on mystery, democracy didn’t die in darkness.