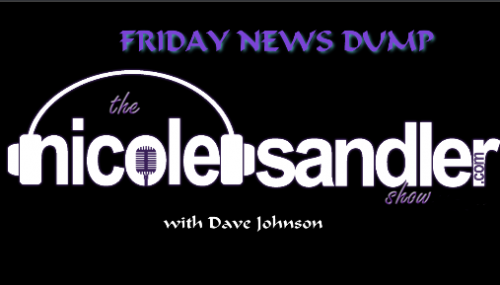 It’s Friday and a ridiculously busy news day. South Florida is still reeling from yesterday’s collapse of a high rise apartment building on Miami Beach. 159 people are missing and prospects for finding anyone alive in the rubble are almost non-existent. Derek Chauvin was sentenced for the murder of George Floyd. The Supreme Court announced more decisions as the term nears its end. Kamala Harris is at the border. There’s allegedly an infrastructure deal. Biden signed legislation designating the Pulse Nightclub site as a national landmark. The new government report on UFOs is out and says we’re unable to explain more than 140 unidentified flying objects, but they find no evidence of alien life.

You get the idea. There’s a ton of information to cover, so we’ll cover it. Dave Johnson who these days writes at seeingtheforest.com joins in.

Today is also a weird anniversary for me. Fifty years ago today, June 25, 1971, I graduated from elementary school and then moved to Florida. Seriously.

I went to grade school, kindergarten through sixth grade at PS 169 in Bayside, Queens. On the last day of school, June 25, they had an actual graduation for the 6th graders. We went to my graduation, then to the airport. That was the day we moved to Florida. Fifty years ago today.

Though I don’t have any pictures or video from that day, I do have the old home movies my father shot of us walking to school for my first day of kindergarten. Also in that clip are my friends Shara and Elise Sokol who lived on the other end of the third floor in our apartment building. So I posted the video and the class photos I have (from grades 2-6) on Facebook, and tagged a few people who were in my class.

So not only am I having a flood of memories from 50 years ago, I also reconnected with some really old friends.

I’m the cutie with the pigtails hamming it up for the camera… Some things never change, I guess.