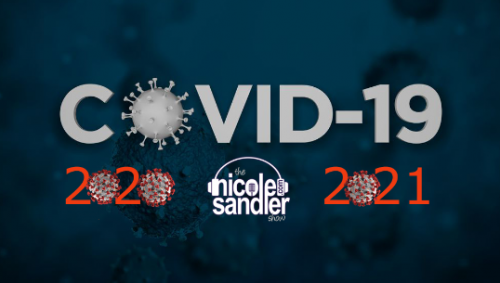 Today marks one year since Covid-19 was officially found in every one of the 50 United States, just days before we went into an almost complete lockdown to try to stop its spread. Obviously, the US didn’t do a great job, as we’ve lost more than half a million lives in the US alone, and it’s still killing people. Unfortunately, too many don’t take the situation seriously enough and spring break is likely to bring about yet another surge. Just when we’re finally getting vaccinated, and should be getting a leg up on the virus. Arghh.

Jeff Sharlet (The Family, C Street, This Brilliant Darkness and more) has a piece in the March issue of Esquire titled “All That We’ve Lost.”  It’s about this past year, written in his unique, compassionate voice.  We’ve all suffered loss over the past year. And we all process it differently.  And it’s not over yet..

There’s news to get to today too.  I opened the show today with Cheryl Wheeler’s “If It Were Up To Me.”   It was the first time in a year that I played the song I play when there’s another mass shooting.

Yesterday in Georgia, a young man killed 8 people at three different spas/massage parlors run by Asian Americans. Six of the eight victims were Asian. But the murderer is claiming he’s a sex addict and was trying to get rid of the temptation. Or some such nonsense.

I “discovered” the Marsh Family today. I only had time to play one song from them, and this felt like the correct one to lead into Jeff Sharlet’s appearance today.