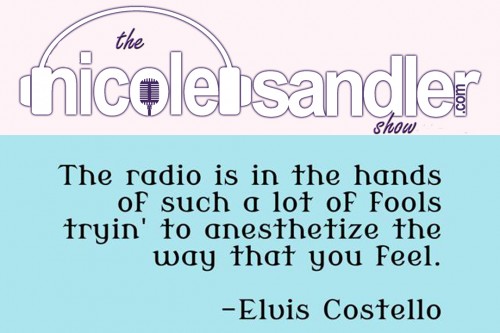 I’m a radio veteran. My first radio job was in college at the University of South Florida in 1978. I never looked back, but I did take some detours in my chosen profession. Many of those detours could be traced back to one ugly, despicable excuse for a human being.

Rush Limbaugh died today. I have a few things to say about the cretin and his legacy.

It wasn’t about politics. One of my first radio jobs was Producer of the Bob Grant Show at WMCA in NY. He was one of the original right wing “hate talkers” – before Rush Limbaugh ever cracked a microphone. I hated Bob’s politics. On top of the fact that I was a liberal, I was a girl! I was 23 when I started working with him. He may have been a jerk on the air, but in person he was a teddy bear.

Here are a couple of clips to illustrate. This was from Sept 20, 1993. The first anniversary of my joining the show as his producer. Can’t imagine Limpballs ever giving credit like this to anyone, let alone a 23-year old woman!

And this shows that he had a sense of humor, as I gave him the finger because of something he said on the air

Needless to say, this is not about politics. It’s about the fact that Limbaugh was a despicable excuse for a human being.

But first, some important items to discuss. President Joe Biden held his first Town Hall last night with CNN. I appreciate his willingness to actually answer questions, whether I like how he answered them or not. But I posted my disagreement with one of the Progressive Left’s top priorities. I invited one of the people who responded on Twitter, saying she was “disappointed” in me. So we’ll discuss the idea of the government wiping out all student loan debt… No, I’m not in favor of it. I think a bigger priority is to fix the outrageous cost of higher education in the US. Here’s a chart of tuition for the Florida State University system from 1978 (when I was at USF) to 2014. The cost of education is criminal, as are the loans that are saddling million of Americans. But you can’t fix one without first fixing the problem at the source. Democratic strategist and Student Debtor Melissa Byrne came on the show and, because we disagreed, she likened me to Rush Limbaugh. There are no words…