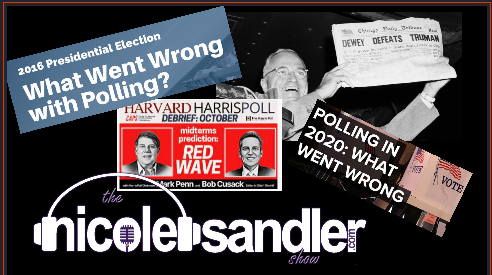 Due to technical issues beyond my control, today’ show is audio only. (Thanks Gremlins)

When do we finally reject the truly bad information we’re bombarded with around every election? Most of the world was taken in by the predictions of a Red Wave or even a Tsunami in the midterms this year, pushed by pollsters and pundits and breathlessly regurgitated by the most complicit of TV commentators, anchors and wannabe professionals. Some cautioned us. Most notably Michael Moore, who screamed in daily emails to ignore the voices. He was correct. As were a few others with not quite as large a megaphone.

One of those was Simon Rosenberg, a veteran Democratic political strategist and the founder of NDN and the New Policy Institute. Simon’s seen this movie before, and he was quite outspoken throughout the disinformation barrage about his distrust in these polls, but placed much of the blame on the “massive media failure” that propelled the propaganda.

I’ll speak with Simon on today’s show, and then look to the future… and more specifically next Tuesday, Dec 6, when he’ll present “With Democrats Things Get Better”