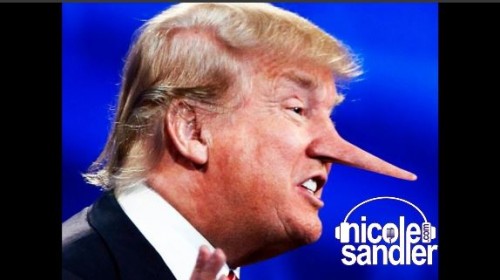 We did get to to the lies… but first, we had some grave dancing to do! Fox so-called News finally cut ties with its other workplace predator, Bill O’Reilly. Companies like Fox really hate it when advertisers flee, which almost all of them did after the NY Times published a story about how Fox and O’Reilly paid out $13 million to five women he was alleged to have harassed and abused.

Amazingly, the failing upwards is on display over there where Tucker Carlson will move to 8pm, The Five will move to 9 (renamed, perhaps?), and Sean Insanity will remain at 10.

We also celebrated the fact that Congressman Jason Chaffetz, chair of the House Oversight Committee (and Benghazi abuser) announced he will not seek re-election in 2018. One more for the road!

In FloriDUH news, a white state senator hurled racial and sexist epithets at a colleague, and the calls for his resignation are coming from all sides- including the South Florida Sun Sentinel.

And a tennis fan in Floriduh either has a strange ringtone or likes to have loud sex in public places, as evidenced in this video:

Finally, Gaius Publius joined me for the last half of the show to talk about his latest piece for Down with Tyranny, “New Evidence that Syrian Gas Story Was Fabricated by the White House.” Check back at Down with Tyranny tomorrow for the follow-up!