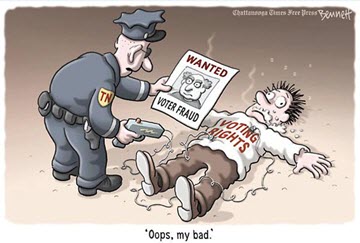 When I opened my Los Angeles Times today, I spotted a letter written by someone I knew when I was a teeny tiny kid. He grew up to be awfully smart, as you’ll see below.

Trump has made much of how “voter fraud” (which is virtually non-existent) will hand the (“rigged!!!”) presidential election over to Hillary because… everyone, but everyone, is conspiring against Don-Don.

Everyone. In the whole wide world.

(Reality check: Voter suppression is a much bigger problem than voter fraud.)

As so many do, my very informed, very cool childhood friend set the Ignoramus in Chief straight. Here is today’s Los Angeles Times letter to the editor, because our voices matter:

To the editor: It does seem as though Trump wants to control the media, as the Nazis did in Germany.

However, the notion of a conspiracy or collusion involving the media seems almost laughable given Trump’s own self-aggrandizing statements about his ability to generate huge ratings and CBS Chairman Les Moonves’ comments that Trump’s candidacy “may not be good for America, but it’s damn good for CBS.”

As to vote rigging, the Pew Institute has stated there are about 2 million dead people on voter registration rolls nationwide. For them to vote, you would need 2 million separate live individuals to know the addresses of the deceased, obtain their voter packets and show up at the appropriate polling places across the nation. It should be noted, as dead people don’t vote, after varying cycles across the nation, they are removed from registration rolls and they are replaced by new dead people. 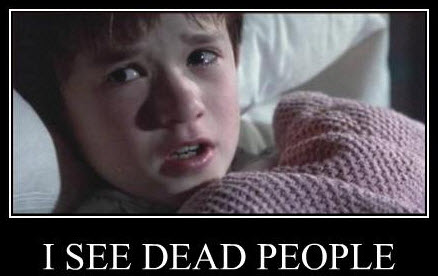