I was released from the hospital on Friday and, once we were able to get my prescriptions filled, I settled back in at home and got down to the process of beginning healing.

I said that so easily, didn’t I? “Once we got the prescriptions filled….”  Now yousettle in and prepare to be pissed!

With my folder of discharge instructions, I was given four prescriptions. The main painkiller I’m on is a very powerful narcotic called Dilaudid or generically, Hydromorphone.

My crappy United “Healthcare” insurance policy purchased at healthcare.gov requires that I use only Walgreens or Navarro (a chain that doesn’t exist in Broward County, FL – where I live).

The drive from the University of Miami Hospital (I’ll have a full post and email coming about that house of torture soon) to our Ft. Lauderdale suburb of Coral Springs was lengthened by heavy traffic from its usual 45-minutes to almost double that.

We drove straight to our regular Walgreens, right up to the drive-thru window where the frazzled pharmacist on duty looked through my stack of prescriptions and then said, “We don’t have the Dilaudid in stock.” My husband David asked the next logical question, “Can you please call the other nearby Walgreens locations or look it up on the computer to find out which store has it in stock so we can drive over there to fill the prescriptions?”

Did she really just say no?!?! Not only that, but she then bemoaned “I’m here alone. Wuddya want me to do?”  This could not be happening.

By now, I was more than an hour overdue for my pain medication and my body was screaming. (My body has been the perfect timer for pain meds in the five days I’ve been home so far. More on that in another post, too.) The instant I heard that she didn’t have it in stock, I dialed another nearby Walgreens location to see if they had it in stock.

“The DEA rules don’t allow us to give that information over the phone,” is what the guy who answered told me. Though it wasn’t what I wanted to hear at the moment, I understood that one. I asked if he would call other stores in the area to help me locate the pain medicine that I really, really needed by that time.

“I’m so sorry, I can’t.” That was his answer. By this time I was crying which was making the pain even worse. I felt like I was still in the hospital.

So I called customer service at Walgreens corporate heaquarters, and through my tears and while in pain I recounted to the very nice man at the other end what happened at the first store. He was shocked that the first pharmacist would talk to us in that manner. “That’s horrible customer service,” he told me. “She never should have said that.”

“But,” he continued, “that particular drug is a controlled substance. We do not give out that information.”

“Excuse me? I just explained to you my living nightmare. You are THE ONLY PHARMACY I AM PERMITTED TO USE to fill my prescriptions. You’re allegedly in the business of healthcare. I came here straight from the hospital to fill this prescription that was due over an hour ago, and you won’t tell me which one of your pharmacies has it in stock?”

“I’m sorry,” he replied in his very calm telephone voice. “That’s a controlled substance, and there are bad people out there blah blah blah blah….”. I, of course, interrupted him, my voice a little louder and crying more defiantly.

“Do you mean to tell me that despite my pain and suffering, evidenced by the fact that I was just discharged from the hospital an hour ago, I have a written prescription in my hand, I was due for a dose of pain medications over an hour ago and I’m on the phone crying out in pain and begging you to help me… despite all that, you’re telling me that I must drive store to store all over the Coral Springs area to find a store that has this medication that I desperately need in stock?”

Thankfully, the next Walgreens we drove up to – there’s something quite telling about the fact that there are Drive-Thru pharmacies on almost every corner –did have the pills in stock and filled that prescription for us — eventually.  The guy at the window was a tech with an attitude. “Yours aren’t the only prescriptions we have to fill.” He did have a point.

I started crying again and David drove around to the front, parked and went inside. He came out with the bottle of Dilaudid, which is continuing to keep the pain tolerable, as long as I have it available to take. He’d go back later to get the rest of the medications, but that was the one I needed immediately. 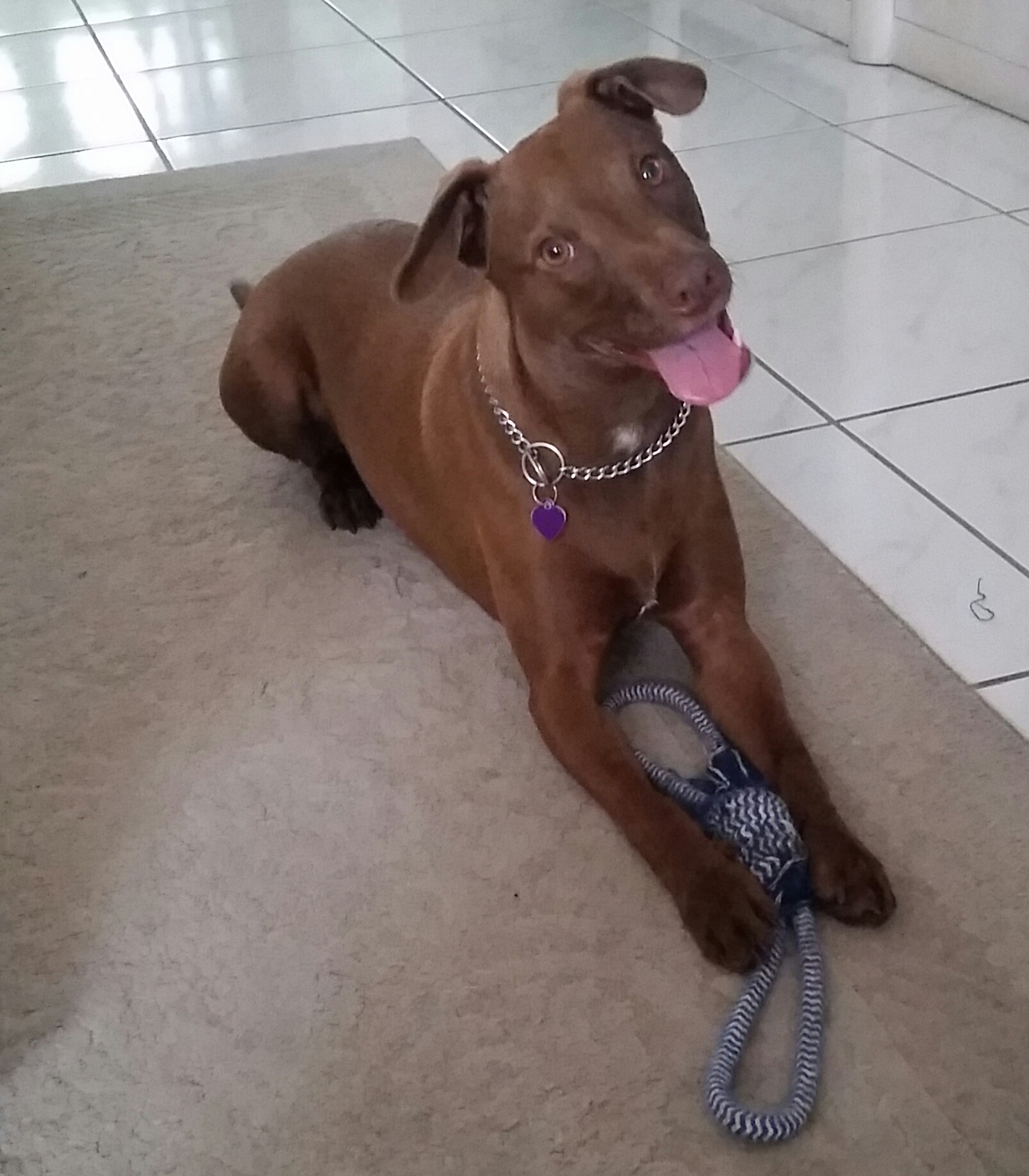 We finally made it home where my best medicine (Jaxson, pictured above) was waiting.

When I awoke Saturday morning, I was still so upset about the Walgreens incident. I don’t want to have to go there to fill my prescriptions, so I will be dealing with my insurance company about that one.

I won’t have to repeat Friday’s horror show because if I’m ever again hospitalized and must continue on pain meds, I will only leave if I have the actual medication in hand. But I’m not the only one who’s been made to suffer similarly by Walgreens. I just can’t stand the thought of someone else in the same pain as I was feeling Friday night being turned away as I was. Theircompany policy to let people suffer is unacceptable.

I happen to have my congressman’s cell phone number. I’ve had it for many years, since his days in the Florida State Assembly. Although I never used it, I did ask him about it once and he confirmed it was still his cell number.

So on Saturday morning, with a shot of drug-induced courage, I called Congressman Ted Deutch‘s cell phone and explained about the cancer, the surgery, and what happened at Walgreens the afternoon before. Including tears and extra gasps of air (lung surgery was just four days earlier), I think I left him a five-minute long voicemail message.

Guess who called me back Tuesday morning? Yep. My Congressman. He told me that after listening to my message, he told an aide what happened. The aide immediately responded that the same thing had happened to her cousin.

He asked me to write him a letter with all the dates and details (this email serves yet another purpose), and it’s something he wants to look into.