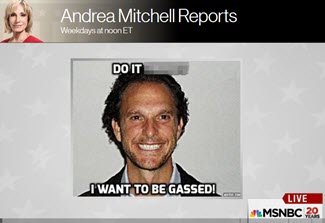 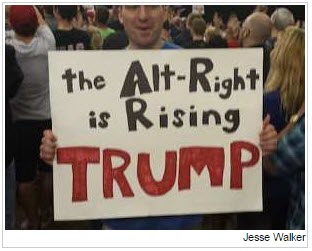 Today MSNBC’s Andrea Mitchell interviewed Former Director of Media Relations for the Bob Dole campaign, Andrew Weinstein. After he organized an anti-Trump petition, the subsequent anti-Semitic attacks and threats he received from the “alt-right” movement were utterly horrific.

Please watch all the way through:

And what was GOP presidential hopeful Donald Trump’s directive to these bottom-feeders when asked how he felt about their vile outbursts and death threats? “I don’t have a message for my fans.” His hateful “fans” ran with that (at about 4:10 in the video).

And so the Clinton campaign is also running with their own message. Here is brand spankin’ new ad from Team Hillary attaching Trump to the collective hip of said racists, white supremacists and neo-Nazis. Brutal.

“If Trump wins, they could be running the country.”

Think about that for a minute.

How’s that outreach workin’ for ya, TrumpCo?