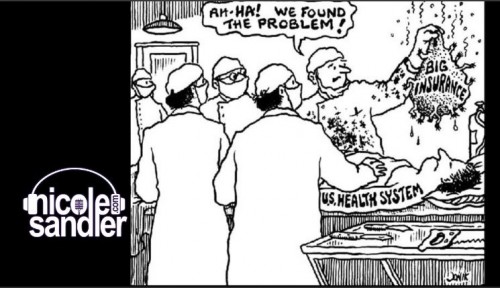 Today is my final show before taking some time off for surgery and recuperation.

I honestly can’t remember the last time I took an extended period of time off. I moved my show online the night Air America went off the air and, aside from a sick day or a travel day here and there, I’ve been on the air. This time I’m putting my health first.

So after I chat with Wendell Potter today, I’m taking some time off. I have pre-op appointments tomorrow and Friday, and surgery is Tuesday, so I’m really not slacking off. And since I’m having the minimally invasive robotic surgery, my down time is expected to be much shorter than it would be if I had gone for the standard open thoracotomy route.

But I realize that this is major surgery – they’re removing the lower left lobe of my lung and taking a chunk out of the upper lobe along with all of the lymph nodes and more. So I will follow doctor’s orders (and my husband’s) and will unplug for at least a few weeks.

I will check in, and will definitely keep updating my Fuck Cancer blog, so I won’t be far (and you can’t get rid of me that easily).

When I was thinking about who I’d like to talk with on my last show before a break for major surgery, the one name that I came up with was Wendell Potter, the former health insurance executive who turned industry whistleblower and was basically our go-to guy during the two-year battle over the Affordable Care Act. He wrote about that time in his first book, Deadly Spin: An Insurance Company Insider Speaks Out on How Corporate PR is Killing Health Care and Deceiving Americans.  Then, as the ACA went into effect, he published a primer on navigating the system in Obamacare: What’s In It For me? He’s now back with a new book, Nation on the Take: How Big Money Corrupts Our Democracy and What We Can Do About it.