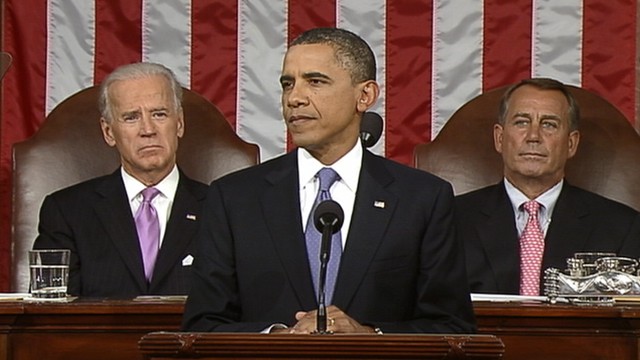 I’m finallygetting around to posting Thursday’s show on Friday morning.  It was a busy week, as I was honored to guest host the Randi Rhodes Show for the past three days, in addition to doing my own regular show here at Radio or Not.

The one good thing about waiting until this mornings is that I get to include President Obama’s Jobs speech in the “Showdown” wrap-up.

As you’ll hear by clicking on the link above (or downloading the podcast via iTunes,

Stitcher or any of the various other ways of listening to the show), I did a pretty thorough job of  dissecting Wednesday night’s debate.  The Republicans vying for the GOP nomination to run against President Obama provided the best impetus for his re-election.  I cannot imagine any one of those clowns on the stage rising to the challenges of that office.

For the life of me, after hearing Rick Perry brag about putting 234 people to death and not concerned in the slightest that any of them might have been wrongly executed (especially since at least one of them was!), claiming that   “we would not have that many people uninsured in Texas if we didn’t have the federal government” (yes, that was a direct quote), boasting about lowering nitrous oxide emissions by 57% (what about carbon dioxide?) and other such stupid statements, I can’t understand why he’s still being embraced as the front runner.

I guess I just can’t understand the inner workings of the typical Republican mind. That’s probably a good thing, as I certainly can’t grasp the reaction – the biggest outburst of applause heard during the entire spectacle – to the statement about how many people Texas has executed.  Insane.

One last postscript to Wednesday’s debate… the entire debate whittled down to 45 seconds.  This fabulous video is already going viral.

In addition to deconstructing the GOP debate on yesterday’s show, I spoke with Crooks and Liars’ Kenneth Quinnell on Congress’ manufactured USPS crisis (read here and here), and author/columnist/pundit and all around smart guy Cliff Schecter about the debate and his reflections on the 10th anniversary of 9/11 that he verbalized beautifully in his column for Al Jazeera English.

Since I don’t do a show on Fridays, and I’m not in for Randi today… I was going to wait until Monday morning to weigh in on President Obama’s address last night to the joint session of Congress and the American People in which he laid out his proposal for the American Jobs Act.  But I won’t…. I’ll give you my brief, initial reaction, and go more in-depth Monday morning.

I thought it was a great speech!  I liked almost every idea he suggested.  I wish it was bigger and more ambitious, but I think he suggested some things that could jump start the economy and help get people back to work.

But one paragraph stood out like a sore thumb (and I wish it had been deleted):

Now, I realize there are some in my party who don’t think we should make any changes at all to Medicare and Medicaid, and I understand their concerns. But here’s the truth. Millions of Americans rely on Medicare in their retirement. And millions more will do so in the future. They pay for this benefit during their working years. They earn it. But with an aging population and rising health care costs, we are spending too fast to sustain the program. And if we don’t gradually reform the system while protecting current beneficiaries, it won’t be there when future retirees need it. We have to reform Medicare to strengthen it.

I’d love to give him the benefit of the doubt here and think by strengthening Medicare, he’s talking about negotiating with pharmaceuticals for better drug prices, fixing Part D, lowering the eligibility age and opening up the program to allow everyone to buy into it (on a sliding scale based on age and income).  Unfortunately, I can’t help but think this is another hit toward his already stated desire to raise the eligibility age to 67.

More about that on Monday… radio or not.