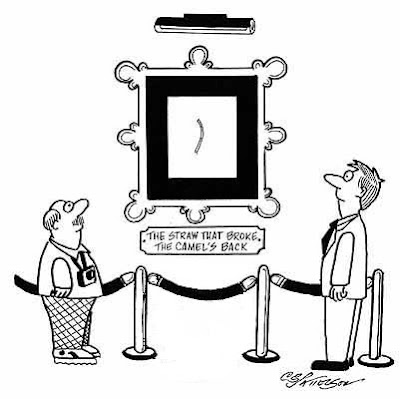 I honestly don’t know what it’s going to take to get people mobilized to fight back against the madness. Let’s just look at some of the events from just this month, shall we?

April began with the Supreme Court doubling down on it’s heinous Citizens United decision by ruling in favor of  McCutcheon in doing away with individual caps on contributions in any election cycle, giving us the ridiculous “money equals speech” paradigm. Unfortunately, the simple “If A=B, then B=A equation is proven false, as the IRS won’t allow me to use speech to pay the $5750 penalty they’re charging me for pulling my savings out of my IRA earlier than they said is OK, even if I needed that money to stay afloat. Go figure…

April also brought us another mass shooting at Ft. Hood. The soldier who killed four people (including himself) and injured 16  more was apparently angered over paperwork needed for a leave from the base. Of course, the gun nuts claim everyone should have been armed (yeah, that would have de-escalated the violence). But that shooter never should have had access to firearms in the first place, due to psychological concerns. But if seeing 20 first-graders were massacred in their classroom last year didn’t sufficiently motivate Congress to legislate universal background checks, nothing will.

The self-described Republicans and Tea Party members in this country continue their denial tour. Climate and Science Deniers aren’t alone.  In April alone, the “Cooking the books” numbers deniers denied the official Obamacare enrollment numbers,  shoe truthers accused Hillary Clinton of hiring someone to throw a shoe at her during a speech, comedy deniers claimed that Colbert isn’t funny and CBS has “declared war on the heartland”,  and pregnancy truthers even claimed Hillary Clinton somehow got Chelsea pregnant to help her become president in 2016!

If you’re thinking that this country has gone mad, you’re not alone. But it gets even better!

A guy who owns some cattle in Nevada has been allowing them to graze on federal property and ignoring the grazing fees for over 20 years, bringing the total he owes the government to over a million dollars. He’s fought the fees in court numerous times and lost each time. So now he claims that he doesn’t recognize the federal government, only the state of Nevada.

Right wing media spread his story, and dozens of armed self-appointed militia members rallied to his defense, weapons in hand, to battle the federal government on behalf of this deadbeat. His loudest defenders hold court daily on the Fox “News” Channel and right wing hate talk radio.

Thankfully, Jon Stewart is back from vacation to set these miscreants straight.

But the story gets even stranger. This morning, the NY Times ran a  front page story about racist remarks the outlaw rancher made during one of his daily  insane rants.

“And because they were basically on government subsidy, so now what do they do?” he asked. “They abort their young children, they put their young men in jail, because they never learned how to pick cotton. And I’ve often wondered, are they better off as slaves, picking cotton and having a family life and doing things, or are they better off under government subsidy? They didn’t get no more freedom. They got less freedom.”

If there is a video of Cliven Bundy saying racist things then Ill believe it, but i wont accept the word of a NYT hitman.

@adamnagourney were #Bundy quotes made to you? No picture or video? Discussion started addressing his followers, did he drive you to Vegas?

There are many more like that- just click through. Sorry to tell the racist deniers, but there is video… Watch it and weep:

Even after that proof was posted, the deniers are still making excuses. Unbelievable. The thing that I find most unreal is the fact that the feds backed off when confronted by people taking up arms against federal officers in support of someone who’s been methodically and blatantly breaking the law for over 20 years. (But as Jon Stewart pointed out in the clip posted above, the militarized police forces around the country had no problem using brutal force to “subdue” docile, peaceful Occupy Wall Street protesters at UC Davis and other locations around the country, with those same Bundy defenders cheering them on!)

But the hits just keep on coming.

Late yesterday afternoon, the news broke that the FCC would today issue new proposed rules for the internet that would put the final nail in the coffin of Net Neutrality.

The Federal Communications Commission plans to propose new open Internet rules on Thursday that would allow content companies to pay Internet service providers for special access to consumers, according to a person familiar with the proposal.

The proposed rules would prevent the service providers from blocking or discriminating against specific websites, but would allow broadband providers to give some traffic preferential treatment, so long as such arrangements are available on “commercially reasonable” terms for all interested content companies. Whether the terms are commercially reasonable would be decided by the FCC on a case-by-case basis.

…The FCC’s proposal would allow some forms of discrimination while preventing companies from slowing down or blocking specific websites, which likely won’t satisfy all proponents of net neutrality, the concept that all Internet traffic should be treated equally. The Commission has also decided for now against reclassifying broadband as a public utility, which would subject ISPs to much greater regulation. However, the Commission has left the reclassification option on the table at present.

This morning, I spoke with Josh Levy of FreePree.net and SaveTheInternet.com. We discussed the fact that, while we’re fighting an uphill battle, we can still turn this around. The FCC will hold an open meeting on May 15, and then take public comments before a commission vote at the end of the year.

Sen. Al Franken said this at Netroots Nation in Minneapolis in July of 2010

And after the news broke this morning, Senator Bernie Sanders issued this statement:

The fight isn’t over yet… it’s just beginning.

My question is this: When is enough enough? What is it going to take to get reasonable people out in the streets demanding the change we thought we were getting in November of 2008?  Feel free to answer below or on the message boards.

Next week, I’ll be guest hosting The Randi Rhodes Show. Her show is ending on May 16, but I’ll be in for her all next week. You can be sure we’ll be talking about this there, while we still can.