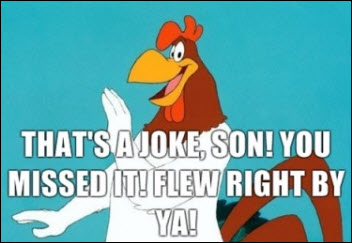 DONALD TRUMP is our President-elect, but not to worry. It turns out it’s not all bad news for the Democrats. It seems depression is covered by Obamacare.

Yes, it’s been more than a week since TRUMP became President-elect and I’ve come to terms with the fact that no matter how much I drink, the results of the election are not going to change.

On “60 Minutes” DONALD TRUMP said he wishes his campaign’s tone had been a lot “nicer” and more “on policy.” But then, of course, he said. “I would have lost.”

He also stated he wants to make it easier to sue journalists. I other words, he wants to use the Second Amendment to shoot down the First Amendment.

DONALD TRUMP announced that as President, he’ll only take a salary of $1 a year. And he promises to earn every penny.

He also doesn’t want to live at the White House full-time. He’s thinking about commuting to Trump Tower in New York City. It’s all part of TRUMP’S plan to make America great again, and to make traffic in New York City the worst ever.

I don’t think that’s what voters meant when they said they wanted a “Washington outsider.”

TRUMP tweeted that he would have won the popular vote if he had campaigned more in New York, Florida, and California. TRUMP explained, “I just ran out of lies and terrible things to say.”

DONALD TRUMP’S children are helping him transition to the White House. 10-year-old BARRON TRUMP was the one who interviewed MICHAEL FLYNN to be the next head of the NSA, while ERIC, DONALD JR. and IVANKA are watching reruns of “West Wing” to learn what has to be done.

A lot of people said over the last few weeks that if DONALD TRUMP wins, they’re going to move to Canada. How come nobody threatens to move to Mexico? That must be a bummer for them.

The MAYOR OF LONDON said recently that if people in the U.S. want to escape DONALD TRUMP’S administration, quote, “London is open.” Millions from all over the country were heard calling out, “Taxi!”

The moon appeared larger than normal last week because it was closest to the earth since 1948. Apparently, the moon is worried about TRUMP being elected President and wants to know what the hell is going on down here.

Happy birthday to his royal highness, PRINCE CHARLES who just turned 68. The PRINCE is spending his birthday in New Zealand. It’s part of his “Places we used to own” tour.

We make fun of PRINCE CHARLES, but I must admit, I’m a fan. It’s important to remember he’s just a guy. Like any other guy he has his servants put his pants on him one leg at a time.

It’s that time of the year when we all sit around the table and give thanks. DONALD TRUMP won the election and he will give thanks that he doesn’t have to make any more campaign promises. His clothes have all been destroyed. After every speech his pants were on fire.

The first family will celebrate their last Presidential Thanksgiving at Camp David. They had planned on having a big turkey, and it looks like THEY and the COUNTRY got one.

As he does every Thanksgiving, PRESIDENT OBAMA will pardon two turkeys. In their cells, as they do every year, hundreds of thousands of prisoners serving time on marijuana charges will be heard yelling out, “Gobble-gobble! Gobble-gobble!”

Today’s turkeys are being bred to have large breasts. It’s supposed to be for humane reasons. If they don’t make it to the Thanksgiving table, at least they have a shot at being the centerfold of Playboy.

SARAH PALIN is thinking of writing another book, and you thought Thanksgiving dinner made you sleepy.