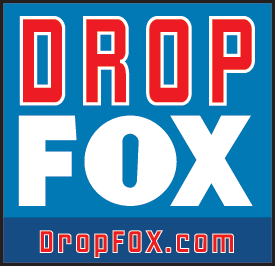 One of the biggest problems Democrats has faced during the past two years has been their lack of messaging skills. Making it more difficult is the mighty megaphone of the Republican party — their propaganda arm that calls itself a News organization.  The fact is that “Fox News” is actually a fake news channel.  As they’re a cable channel, they’re not regulated by the FCC, and there are no consequences for Making Shit Up®.

Unfortunately, the relatively small number of people who watch their fabricated facts® don’t understand that their only source for “news” is most definitely NOT NEWS.

Angelo has worked tirelessly for the last couple of years to get advertisers to stop sponsoring Glenn Beck’s hate-fest on the Faux News channel, with great success.  As today’s HuffPost piece by Amanda Terkel that broke the news points out,

“Today, Helzberg Diamonds became the 302nd advertiser to drop Glenn Beck,” he wrote on Dec. 1, a day after he and others repeatedly sent messages to the company. His first victory came in August 2009, when Kraft Foods responded to him and said it did not want to be associated with Beck’s brand.

Angelo joins me on the show today for his first interview after the story broke to talk about what he’ll be doing!

Joe Lieberman keeps saying he has the 60 votes to pass the repeal of DADT, but the question is whether or not it’ll ever come to a vote. Susan Collins of Maine seems to be holding it hostage.  And then there’s that question of whether the Senate will allow anything to come to a vote before the tax deal is passed, as McConnell has threatened.

David Dayen who does a great job of reporting on all of this at FireDogLake will join me in hour two to help us sort it all out.