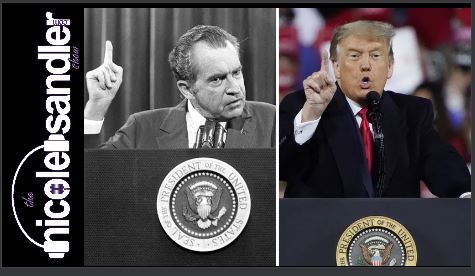 Will Bunch is today’s guest. He’s a national columnist for the Philadelphia Inquirer.

This year marks the 50th anniversary of Watergate, a political scandal that brought down a president. For the past 50 years, Watergate was held up as the example of the worst of America, and every scandal was positioned in relation to Watergate.

Will Bunch is a Watergate junkie. He’s my age, so he was only around 12 or 13 when the hearings were everywhere. He says he raced home from school every day to watch. So I wasn’t surprised that Will Bunch invoked that event when writing about the current predicament we find ourselves.

So today, we’ll talk about that, and when the comparisons between Watergate and the crimes perpetrated on America by the Trump crime family should have ended. And a whole lot more!