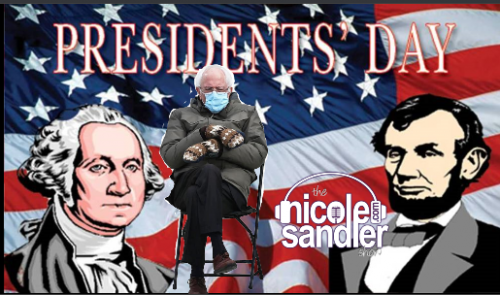 Download here or click below to play (or watch the video at the bottom of the page!)

We knew that there weren’t 17 Republicans with integrity in the Senate, but that doesn’t make it any easier when they put their jobs and political party ahead of the nation. But that’s exactly what they did on Saturday as the second impeachment trial of Donald Trump ended with an acquittal. And as he tends to do, Trump won by losing the popular vote!

The final tally was 57 for conviction, 43 against. And he wins! Opposite world indeed.

Lisa Graves heads True North Research, but she has served as Deputy Asst Attorney General in the Clinton administration, and Chief Counsel for Nominations for Sen. Patrick Leahy on the Senate Judiciary Committee, among other high level legal posts in the US government. She joins us today to try to answer my myriad of questions about what happened and why…

Also, today I announced the big Bernie auction! I painted the Bernie mittens/inauguration meme and posted in online, and the reaction was great. A few people asked about buying it, so I decided to put it up for auction. Actually, there are two auctions. The first one is this painting itself. It’s 8’x8′, acrylic on stretch canvas. 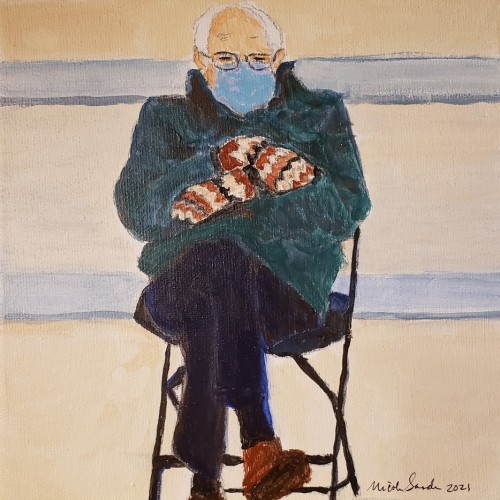 Since the viral meme was that image of Bernie placed in different locations, I’m auctioning another version– a custom Bernie meme painting. You pick the location/background. Send me a photo of it, and I’ll place Bernie there. You can also customize the color of his clothing, and you can customize his mask too. And you can pick the canvas size… from 8×8″ (like the other one)… or 9×12, 10×10, 11×14 or 12×12.. That auction is here.

Here’s the video version of today’s show… See you tomorrow!