Radio or Not – Part Two

# 2  The Ramones to Steely Dan

This project won’t take the shape of a traditional book, nor will it come in chronological order. As I’m navigating the projects on my procrastinator’s list of things to accomplish during weeks stuck in the house under social distancing stay-at-home mandates, I keep returning to the idea of organizing my memories, accomplishments and life.  Worldwide, humanity is confronting our mortality under this coronavirus COVID-19 pandemic that’s already infected more than 1.7 million people and killed more than 103,000 worldwide. In the US, thanks to a horribly botched response, blatant mismanagement and deadly incompetence of the Trump administration, we’ve had more than half a million cases diagnosed already and the most coronavirus-related deaths in the world. Yeah! We’re #1…

Aside from walks around the block with my loving dog and faithful sidekick Jaxson, I haven’t left the house in a few weeks, and the likelihood is that we’ll all be sheltering at home for weeks to come. We are living through a major global historical event that will shape the course of history in ways we don’t yet know, but can certainly imagine, and the conjured images are not pretty.

I’ve been immersed in the world of politics for the last 15 years or so.  Although the bulk of my career – and the most personally rewarding time of my professional life was spent in music radio – talk radio provided the bookends. With the outlook for our future as frightening as any movie I’ve ever seen, it’s no wonder that I find myself more drawn to the music than politics these days.

As I mentioned in the first segment, my radio career began in college where I learned by doing at the University of South Florida’s WUSF. The broadcasting department there was a bit of a joke. The chair of the department had killed off the only student programming on the station a few years before I got there and wanted nothing to do with the new block of “Free Form Radio” that the student government had demanded of management. So, I did my own thing, with some guidance from the Program Director Mike Cornette, whose main interest there was the jazz programming at night.

As I likely won’t return to WUSF in this romp through my past, I figured this would be a good time to share my very first attempt at interviewing an artist and writing and producing a show around it. The artist was the band The Ramones! They were appearing at The Agora Ballroom in Tampa, and somehow, I was able to arrange to meet with Johnny and Joey Ramone at their hotel to record an interview before the show. I was joined by my boyfriend at the time and occasional co-host, Stu Septoff, and someone named Pam Weiner of whom I honestly have no recollection!

If you’re wondering what I sounded like in 1980 as I was just starting out in radio, here it is, warts and all…  Warning: It’s painful! I have no idea what was up with my voice.

After that I think I need to showcase some work I’m actually proud of. Thankfully, there’s much to choose from.

I lived in Southern California for almost 15 years.  I had been on vacation at Club Med Huatulco in Oaxaca, Mexico when I met a group who were participating in a yacht race from Manzanillo to Puerto Vallarta, and Huatulco was right in the middle. They were staying nearby but had come to our hotel for dinner.

I met Bob and, although it wasn’t love at first sight, we shared a definite and immediate connection. After an intense night together, I watched the next day as the boats departed for the second leg of the race, then finished my vacation and returned to NY. We attempted a long-distance relationship, but that wasn’t working for either of us. At 27 years old, I decided to give Los Angeles a shot. I quit my very good job at WPLJ in NYC, packed up and moved west for a guy.

A man was the absolute wrong reason to move across country, but it did get me out to LA.

I lived the next 14 years of my life there, except for a 9-month stint in San Diego, all of which I’ll get to as I continue to tell my tale.

My final radio stop before leaving Los Angeles was Channel 103.1 (KACD/KBCD), which later became the first radio station in the country to make a seamless transition from over-the-air (or terrestrial radio) to internet only. That story is coming up too….

In late 1999, I learned that Steely Dan was back in the studio for the first time in 20 years. Their new album, Two Against Nature, would be released in February 2020 by Giant Records, a subsidiary of Warner Bros.

It was common practice for the record labels to commission a radio special for an event such as this, and I had hosted quite a few of them over the years.

I don’t remember the phone call from producer Mark Felsot asking if I wanted to fly to NY to interview Donald Fagen and Walter Becker and host the World Premiere Broadcast of the first new Steely Dan album in 20 years for the SFX radio network, but I’m sure that I calmly answered, “Yes” before hanging up the phone and screaming.

I had left NY in 1987 as producer of WPLJ’s Jim Kerr & the Morning Crew morning show, and returned a dozen or so years later as “talent” to interview Steely Dan.

But I still remember the visceral reaction I had while sitting there, metaphorically pinching myself as I was bursting with pride that I was actually at River Sound Studios in NYC with Walter Becker and Donald Fagen, interviewing them for the world premiere broadcast for their comeback album that would win them the Grammy for Album of the Year a few months later!

I grew up with Steely Dan. Although I liked most of their music, Katy Lied was a particular favorite during my high school years; their music was part of the soundtrack of my life.

I’d be lying if I didn’t say I was nervous. Becker and Fagen are not only brilliant musicians, they’re also notoriously smart, with wicked senses of humor. I knew I had to be prepared and on top of my game. I spent a few weeks living with the new album and working with Mark Felsot on the approach, format and questions. We knocked it out of the part, or so I thought anyway.

I can now proudly present the final program that aired on stations around the county (probably around the world). And yes, I feel much better about my interview skills and presentation than my first attempt with the Ramones some 20 years earlier. 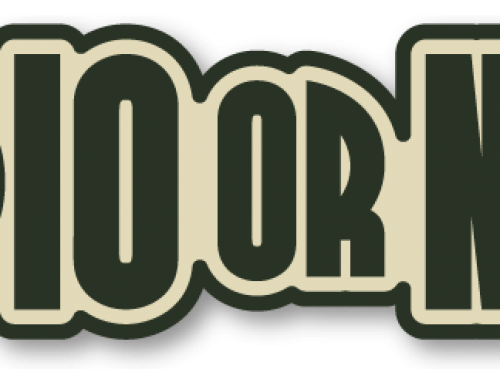 Radio or Not – Part One Gallery

Radio or Not – Part One