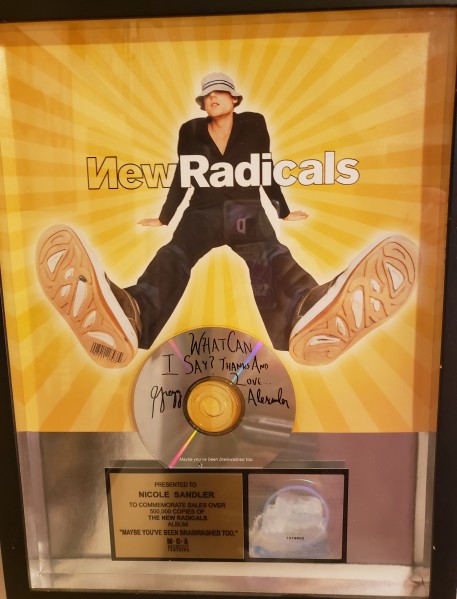 In October of 1998, shortly after we signed Channel 103.1 on the air, a band called New Radicals released its one and only album, Maybe You’ve Been Brainwashed Too. It quickly became my favorite album of the year, with “You Get What You Give” my personal theme song.

Although the album was recorded under the New Radicals moniker, it was really a Gregg Alexander project. He wrote and produced all the songs and played most of the instruments. After YGWYG took off, Gregg shunned the spotlight, realizing he really hated the “rigamarole” that goes along with promoting a hit record.

He joined me in Studio C for a rare live interview and solo performance. Within a month, he had disbanded New Radicals and said he was leaving the business.

Thankfully, Gregg Alexander continues writing and producing, preferring to keep his genius more behind the scenes than out front. I’m grateful that I had this moment with him.

From May 3, 1999, my interview with New Radicals’ Gregg Alexander.

If you Google Gregg Alexander, you’ll find a lot, centered around a few events/record releases. In 2018, Billboard published an extensive profile which is well worth the read.

Somehow, I let that day go by without getting a picture with Gregg. Thankfully I received the gold record pictured at the top of this post, and this lovely, framed posted with a personal message from Gregg too… 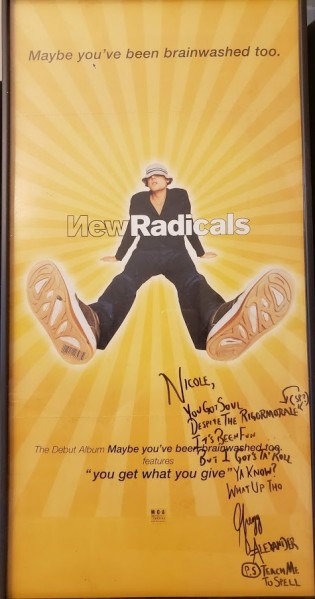