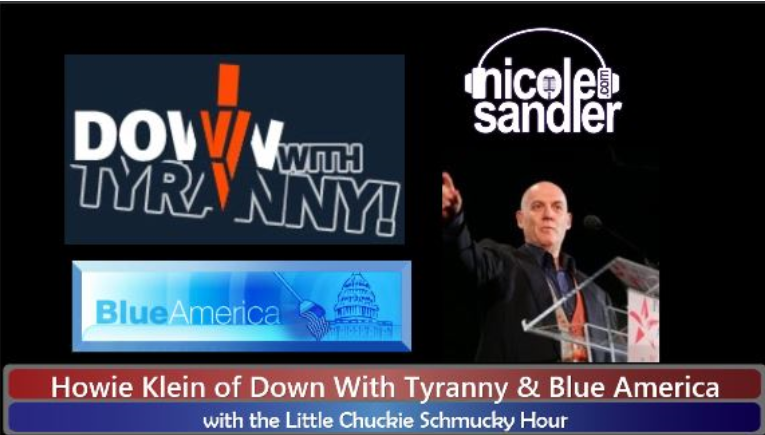 Howie Klein (Down with Tyranny/ Blue America PAC) has done a weekly segment with me for over a decade now. Howie and I actually met long before we both became politically active. I was doing (really good) music radio in Los Angeles, and Howie was president of Reprise Records. I so appreciate Howie’s work. And I’m thrilled that he joins me weekly on the air to help promote great progressive candidates who, if elected, will help the people that have for too long been overlooked and certainly not helped by our government.

Last week we had a pretty huge difference in opinion. I probably got more complaints about that segment than any I’ve had in a long time. But that’s democracy. We can disagree. And though I vehemently disagree with his stance on the CA Governor Recall plot, I vigorously defend his right to vote in whatever way he sees fit. However, I will ALWAYS speak my mind, and tell anyone who I believe is making an egregious error what I think.

That’s what I do, and did last week. Both Howie and the audience know how I feel about the vote he cast. I don’t plan to bring it up again. However, if the Republicans’ scheme to remove a democratically elected governor from office succeeds, I will again speak my mind.

Today, we’ll talk about other crucially important issues, including the so-called Democrats who are working to derail the $3.5 trillion “Build Back Better” budget plan. There are too many of them… all the more reason why we need loud, persuasive voices from the left to battle the Blue Dogs, New Dems and others from the Republican wing of the Democratic party.

But first, President Biden spoke from the White House today, laying out a 6-point plan to deal with the Covid-19 pandemic head on. We carried most of it live. And it was pretty good. What a change from the former guy!