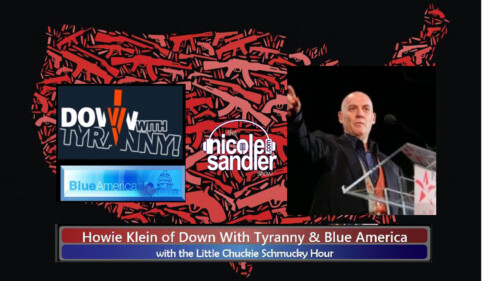 It’s Thursday, so Howie Klein is here with tales of corrupt dark money being deployed against progressives, and who is supposedly coordinating the attacks. There’s so much about which you need to be aware. So listen to Howie.

But before he gets here, I have a few things to discuss with you. This nation’s obsession with guns is sick, and people are dying.

Back in 2013, after a few more of these horrific attacks including Sandy Hook where 20 first graders were massacred in their classroom, I knew that it was time for major action. Unfortunately, no one adopted the remedy I proposed. The only thing that the gun nuts like more than their weapons is money. Hit them in the pocketbook.

I suggested other nations issue a travel advisory against the US, as it simply is not safe to walk down Main Street USA…. I’ve resurrected the idea many times over the nine years since.

And finally, today, I see that Amnesty International picked up on my idea! 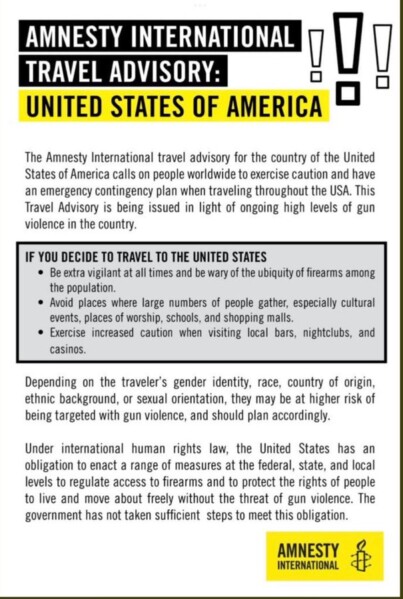 I’ll tell you about that and see if we can help promote it… tell the rest of the world, DO NOT TRAVEL TO THE USA. IT IS NOT SAFE HERE.