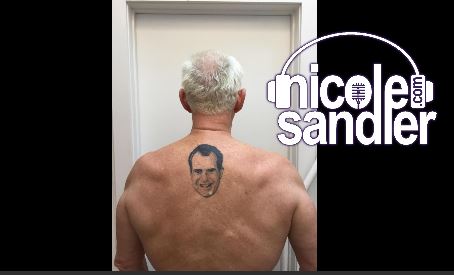 I don’t usually interview right wingers. I can’t learn anything from them, and have no desire to give them an outlet to spew their bullshit. But every once in a while, an opportunity presents itself to interview someone so full of themselves, so wrong on just about everything, so completely devoid of humanity that I just can’t resist.

Such was the case with Roger Stone. He has a new book out: The Making of the President 2016: How Donald Trump Orchestrated a Revolution. He’ll be doing a book signing down here — in Palm Beach, of course, at The Palm Beach Bookstore, 215 Royal Poinciana Way Palm Beach, FL on Thursday, April 6th from 5:30 – 7:30 pm.

To promote it, they actually offered me an interview. It’s pretty shocking, as Stone has me blocked on Twitter. But I thought I’d go for it and, much to my shock, it happened.

So, get ready for some world-class ego, condescension and a lot of misinformation. I did my best to call him out on most of it without losing my cool and telling him what I really though. I hope I did you proud.

Tomorrow, we’re back to the world of progressive politics in our quest to bring our nation back from the edge of insanity…